Amnion Life on Self Managed 2019 - KingsCrowd Skip to content
Become an owner of KingsCrowd.
Invest Today!

Amnion Life is raising funds independently through Reg D 506(c) raise. The company has developed an artificial womb for preterm infants to replicate the fluid environment of the mother’s womb. The device, AmnioBed Golden Hour, uses synthetic amniotic fluid to prevent traditional hypothermia in preterm infants and decreases other related complications. Amnion Life has two issued patents in the US and China, while the patents are pending in Europe, Japan, India, and Australia. Amir Fassihi founded Amnion Life in 2016. The current crowdfunding campaign has a maximum target of $2.5 million. The campaign proceeds will be used for growth and expansion.
Create a free account today to gain access to KingsCrowd analytics.

Amnion Life has been selected as a “Top Deal” by KingsCrowd. Today, we are reiterating this Top Deal rating, reserved for the top 10% of all deals across the market. If you have questions regarding our deal diligence and selection methodology, please reach out to hello@kingscrowd.com.

Since We Last Saw Amnion Life...

Babies born before 33 weeks gestation, face multiple complications as they transition from the 99.5-degree F amniotic fluid sac, in the mother’s womb, to the outside world. In 1888, Dr. Pierre Budin published the first reports of successfully reducing premature infant mortality by placing premature babies in warm air incubators. While the warm air incubators dramatically reduced complications of premature birth and ultimately saved lives, Dr. Fassihi of Amnion Life determined, the over a century old technology of heat lamps for preemies, was in dire need of innovation. 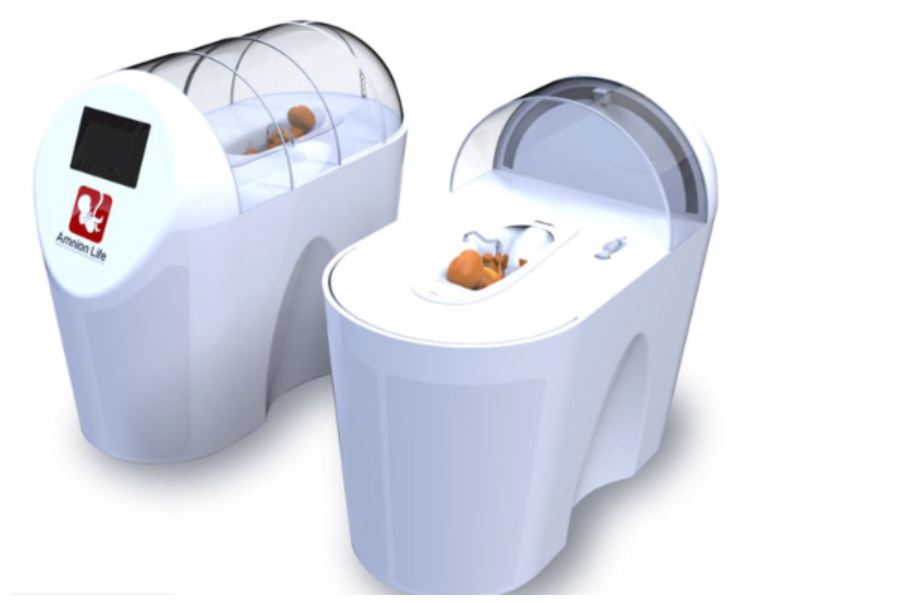 Amnion Life’s introductory product, the AmnioBed is designed to mitigate complications during the “Golden Hour”, the critical first hour a premature baby is outside a mother’s womb. Hypothermia is one of the biggest issues premature babies face in the Golden Hour as the environmental temperature drops from the 99.5-degree Fahrenheit womb to the hostile temperature of the world.

AmnioBed utilizes a harness to suspend the premature baby in a sterile solution designed to mimic the conditions of the womb for the first critical Golden Hour. The current incubators use harsh heat lamp like boxes which insufficiently distribute consistent temperatures resulting in hypothermia and dehydration. These stressors to the fragile premature baby, create catastrophic brain hemorrhaging, convulsions, lung issues and death among other complications. The very premature babies who survive the Golden Hour hypothermia, often have long term health problems, resulting in a lifetime of financial and emotional costs.

1. Founder: Dr. Fassihi is a board-certified radiologist. He was exposed to neonatology in his first clinical rotation in medical school. While he was drawn to pediatrics, Dr. Fassihi realized he was a committed innovator interesting in pursuing a range of topics, who needed the space and time specializing in Radiology would afford.

Dr. Fassihi emigrated to the US from Iran as a child. He wrote a book about a non-violent path to resolve Iran’s issues in his first few years of practicing Radiology.

Dr. Fassihi was dramatically returned to his neonatology roots after visiting a cousin who was coping with the physical, emotional and financial trauma of caring for a premature baby, with significant permanent complications. Dr. Fassihi became unexpectantly emotional as he described the lifelong scars his cousin’s baby faced. He went on to describe his clear vision of an attainable path to eradicate most of these scars in future premature babies via a simple solution, the AmnioBed during the critical Golden Hour.

2. Management Team: Dr. Fassihi’s intense commitment to eliminate or at least dramatically reduce scars from the Golden Hour, combined with his knowledge of the necessarily, arduous path to FDA approval, resulted in a creative management team structure. Currently Amnion Life has 7 to 8 design employees completing the prototype in Serbia. Basing the engineering and development team in Serbia, Amnion Life achieves a significantly lower cost than a US based team. The rest of the Amnion Life professionals, from FDA approval experts to lawyers to marketing are contractors to further reduce costs.

3. FDA Approval Path: The FDA approval path for neonatal products is stringent to ensure the safety of devices use in medicine. Dr. Fassihi is planning to pursue the FDA’s De Novo Pathway, which fast tracks lifesaving novel devices with no equivalent currently on the market.

The University of Pennsylvania successfully tested a premature infant liquid solution device on lambs in 2017. There is little public information about the current status of this device since the test. Further, while animal testing is the current predecessor to human trials, only 14% of drugs which clear animal trails and go on to human trial achieve FDA approval.

The University of Pennsylvania’s device essentially recreates the mother’s womb by fully submerging the infant in a sterile solution. This leads to complications of keeping the infant’s waste from contaminating the solution, difficulties in examining the infant during the submersion time, etc.… The AmnioBed is focused only on the first critical first hour of life to stabilize the premature baby. Since the mouth and nose are not submerged in the solution, the infection risk to the infant and ability to monitor the patient are dramatically reduced.

4. Market Demand: There are currently 25 top NICU’s in the US. There are 900 Level III NICU’s in the US anxious to break into the top category. NICU’s typically are substantial revenue cash cows for hospitals. NICU care is one of the few places in the medical system where health insurance does not require preauthorization for care due to the time sensitive nature of the patients.

An extreme premature babies NICU care easily clears $100k and often clears $1M. Since this generally is a 100% reimbursable service, it tends to be a lucrative part of the hospital. AmnioBed will lower the capital cost of equipment which prevents many hospitals from entering this lucrative market.

We are reiterating Amnion Life as a Top Deal

Amnion Life switched fundraising platforms to broaden the pool of potential investors and retains its $25M valuation. Dr. Fassihi’s passion to focus on the first 60 minutes of a premature baby’s life, to diminish the substantial complications, demonstrates his innovative ability to identify a targeted approach to solve the expensive and unnecessary lifelong complications premature infants currently face.

For AmnioBed to successfully securie FDA fast tracking through the De Novo pathway, Dr. Fassihi readily acknowledges the challenge of the first five premature babies to use the device. Dr. Fassihi appears to have the type of intelligence, drive and passion to convince the first five parents of the risk/reward benefits of being the first. Once the device is proven effective, it will surely be a blockbuster device which may become a neonatology standard for the next 100 years of care.