2020 Capital Raised vs Accelerator Program Participation – Chart of the Week

Startup accelerators — like Y Combinator, 500 Startups, and Techstars — are a respected part of the startup ecosystem. These programs are created to aid young companies in product development, details of business operations, and networking. Oftentimes, participation in an accelerator program is seen as a sign that a company has validated (or at least significantly developed) its idea prior bringing it to the market. There’s also a fair amount of variation among accelerators. Some cater to very early stage companies, others are focused on tech endeavors, and others work specifically with minority or female founders. These programs are often stringent, making it difficult for a startup to be admitted and graduate from them. Additionally, most accelerator programs take a cut of the startup’s equity, essentially becoming investors themselves. 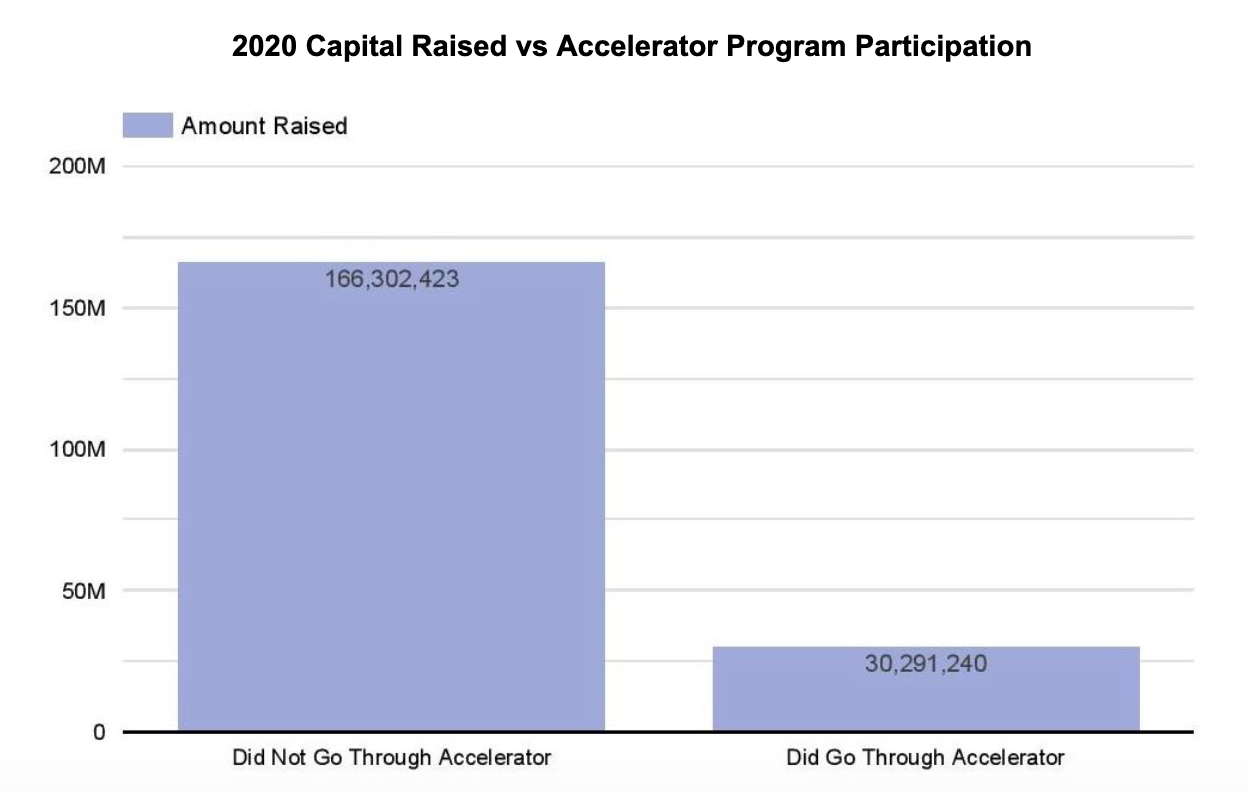 Given that going through an accelerator seems to greatly strengthen a startup’s prospects for success, it might make sense to expect them to receive much more funding than those that did not. However, this was not the case last year. Companies that went through an accelerator received around $30.2 million in funding. That’s less than a fifth of the $166 million that non-accelerator companies saw. The main cause for this major discrepancy is purely numerical. Barely 100 of 2020’s funded companies participated in an accelerator program. Meanwhile, there more than 850 non-accelerator startups that were funded last year. This difference is probably somewhat attributable to the difficulty startups face in both entering and completing an accelerator. However, it is also possible that many investors choose to weigh factors such as the founding team, financial performance, and market potential more strongly than accelerator participation.

What is the SEC?

We have compiled all the active Deals to Watch, Neutral… ...

How Long Until the Next Funding Round?

This Chart of the Week examines how long startups typically… ...