The Effect of Product Type on Valuation - KingsCrowd Skip to content
Become an owner of KingsCrowd.
Invest Today!

The Effect of Product Type on Valuation

After moving through several iterations of our proprietary startup rating algorithm, the investment team at KingsCrowd decided to categorize startups by their product offerings. In doing so, we can better evaluate metrics like risk — especially when it comes to product development. The four categories we use are: Hardware / CPG (consumer packaged goods), Services, Pharma (pharmaceuticals), and Software.

This chart of the week explores the average valuation tied to each of these product categories. This data is inclusive of all startup campaigns, whether active or closed, that started raising capital via the online private markets on or after January 1, 2021. The data combines pre-money and capped valuations and is representative of Regulation Crowdfunding equity deals. 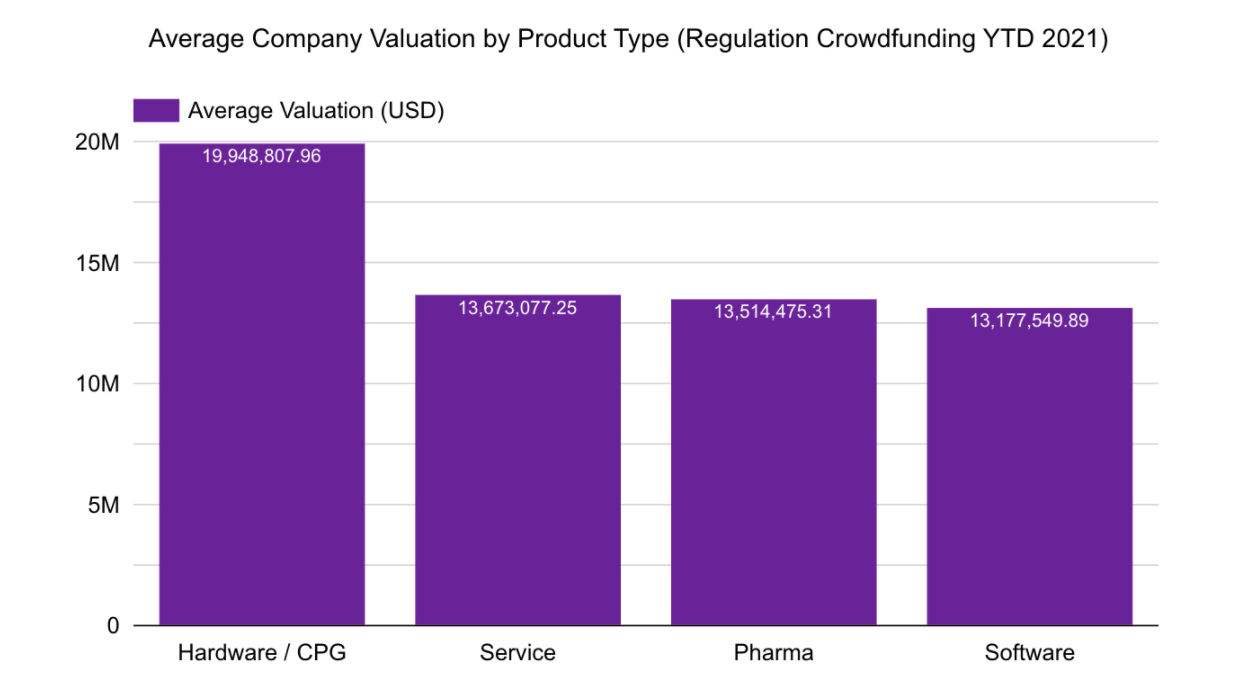 Interestingly, three categories of product offering were within a $500,000 range when it came to average valuation. Service, pharma, and software startups all had average valuations between $13.6 million and $13.1 million. Meanwhile, the hardware / CPG category had the highest average valuation at just under $20 million.

Though placing a valuation on an early stage startup is more of an art than a science, we can speculate as to why hardware / CPG companies had such higher valuations on average. For one, hardware and CPG companies traditionally have more physical assets. Additionally, they may be able to acquire traction by way of users and customers more quickly than other types of companies — pharma startups, for example, have to go through FDA clearance first. Combined, these factors likely contribute to faster monetization and accumulation of assets — both of which lead to higher company valuations.

These are the newest online equity crowdfunding rounds from across… ...

We have collected a list of all the new equity… ...

After moving through several iterations of our proprietary… ...