Industry Valuations: What Investors Can Expect

In a previous Chart Of The Week, we noted that there’s an increasing obsession with valuation in the startup investing world. So this week we want to show what valuation investors can expect from certain industries. We took a look at the median valuation instead of the average because startups often raise at an overpriced valuation, which skews the data. The median provides a more accurate representation as a result. 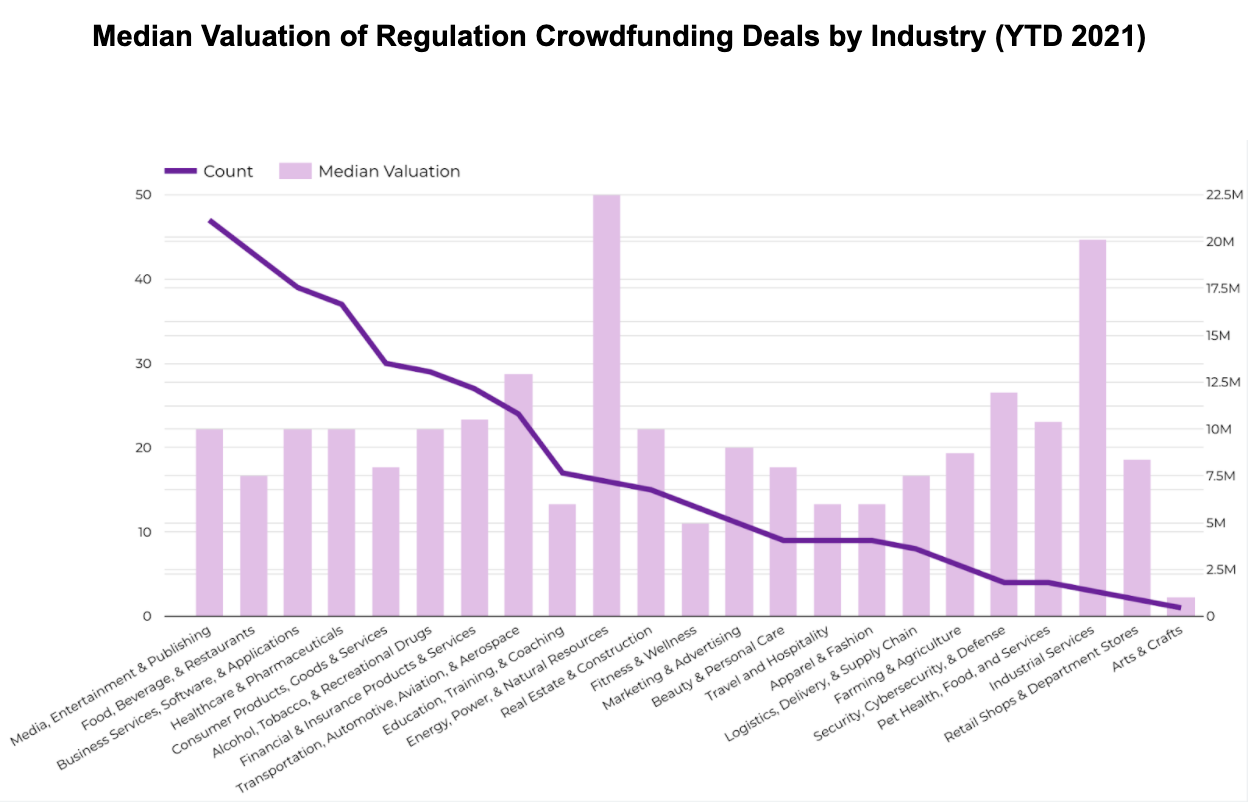 This data consists of 403 Regulation Crowdfunding raises that have started at any time in 2021. We then broke those deals down across 23 industries and sorted by number of raises per industry. The media, entertainment, and publishing industry has had the highest number of deals so far with 47 total. The median valuation in that industry is $10 million. It’s intriguing that the same median valuation is shared across four other industries — business services, software and applications; healthcare and pharmaceuticals; alcohol, tobacco, and recreational drugs; and real estate and construction. Close to the $10 million valuation are financial and insurance products and services and pet health, food, and services.

This data is surprising because these industries often vary widely in their valuations. For example, we would expect healthcare companies to have significantly higher valuations than alcohol companies.

Energy, power, and natural resources — with 16 deals — has the highest median valuation at $22.5 million. We often see innovative, technology-focused companies in this industry, so this valuation can be justifiable.

However, it’s also crucial to note that the industries listed on the chart from apparel and fashion to arts and crafts have less than 10 deals, which might not be a good sample size to represent the median valuation in those industries.

Overall, investors can use this data to get an idea of what valuations to expect from various industries — and which startups are overpriced or good deals.

GameStop Proves the Power of the Crowd – News Roundup Jan. 25-29