The Most Popular Revenue Models Among Crowdfunders - KingsCrowd Skip to content
Become an owner of KingsCrowd.
Invest Today!

The Most Popular Revenue Models Among Crowdfunders

In evaluating a startup investment, it is absolutely important to understand how the company makes money, or its revenue model. At KingsCrowd, we break down revenue models into four categories, which are advertising, franchise, recurring, and transactional. One revenue model is not necessarily better than the other. Instead, each suits a specific business type better than others. For instance, it is more logical for restaurants to have a franchise or transactional revenue model instead of subscription or recurring. On the other hand, software-as-a-service (SaaS) businesses operate well with a recurring revenue model.

This Chart of the Week looks at the correlation between amount raised and startups’ revenue models. The data was pulled from Regulation Crowdfunding equity deals that closed on or before June 16, 2021. We acknowledge that a startup can have multiple revenue models, but for data purposes, we use the main revenue model. 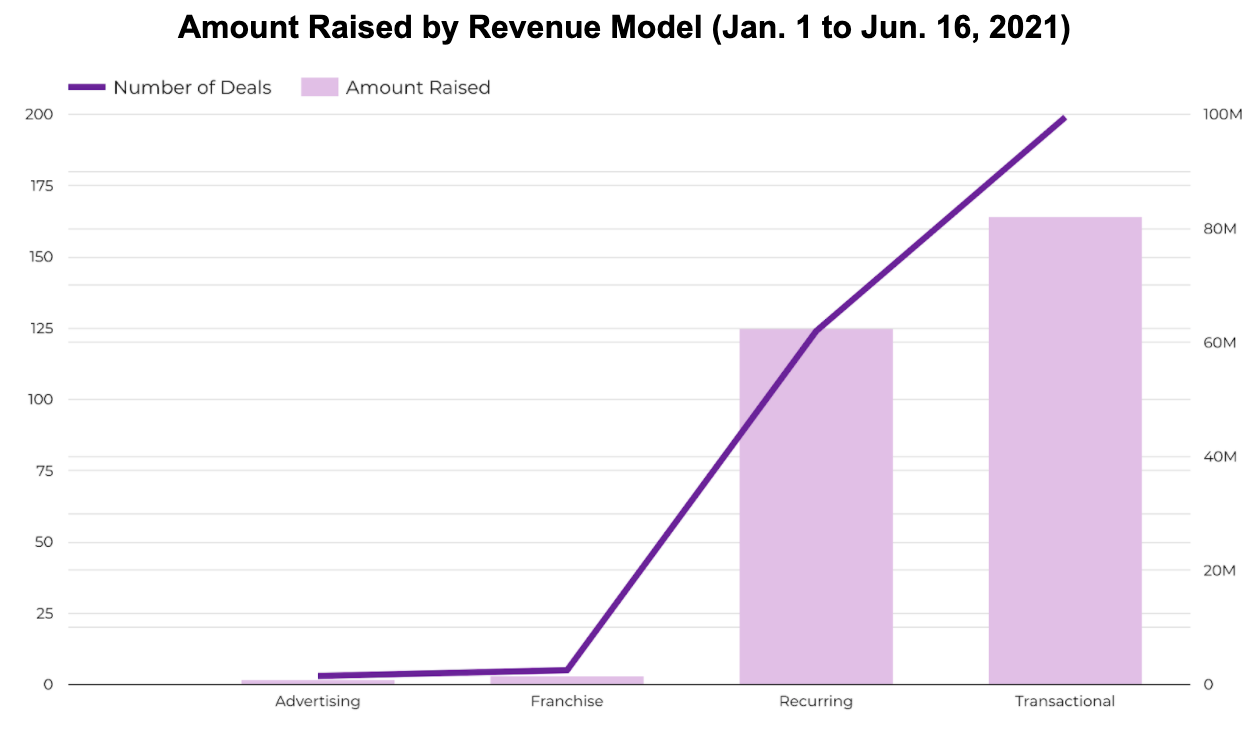 In total, the year-to-date (YTD) number of deals is 331, and the total amount raised is around $146 million. Companies with a transactional revenue model received the most funding at $81,994,241 — they also had the most deals at 199. Recurring revenue startups received $62,495,777 in funding with 124 deals. While the companies with advertising and franchise revenue models received $2,323,550 in funding, there were only eight deals combined that fall under these categories. With so few data points, it may be harder to get an accurate representation of these two categories.

In evaluating a startup investment, it is absolutely… ...

Chris Lustrino and Sean O'Reilly dive into the private markets… ...

In this Chart of the Week, we identify the most… ...