Startup Development Phases Q1 2020 vs 2021 - Chart of the Week - KingsCrowd Skip to content
Become an owner of KingsCrowd.
Invest Today!

With the first quarter of 2021 in the books, we thought it’d be interesting to compare the development phase of companies in Q1 2020 versus Q1 2021 (all data is for Regulation Crowdfunding raises only). We define development phase simply as “what stage is the company at?” Initially, we began with four basic phases. Pre-product companies have created a minimum viable product or prototype but have not yet begun manufacturing and/or selling the service or product to customers. Startups that are pre-revenue are ready to offer their product/service to customers but have not yet received any revenue from their operations. The pre-profit development level indicates that a company has begun to accrue revenue without yet reaching profitability. Profitable companies have completed a full roll out of their product/service and have managed to break even and reach profitability. In 2021, we added a fifth phase — pre-beta/prototype. This phase is the stage at which a company has done only the most preliminary research and development into a product or service. 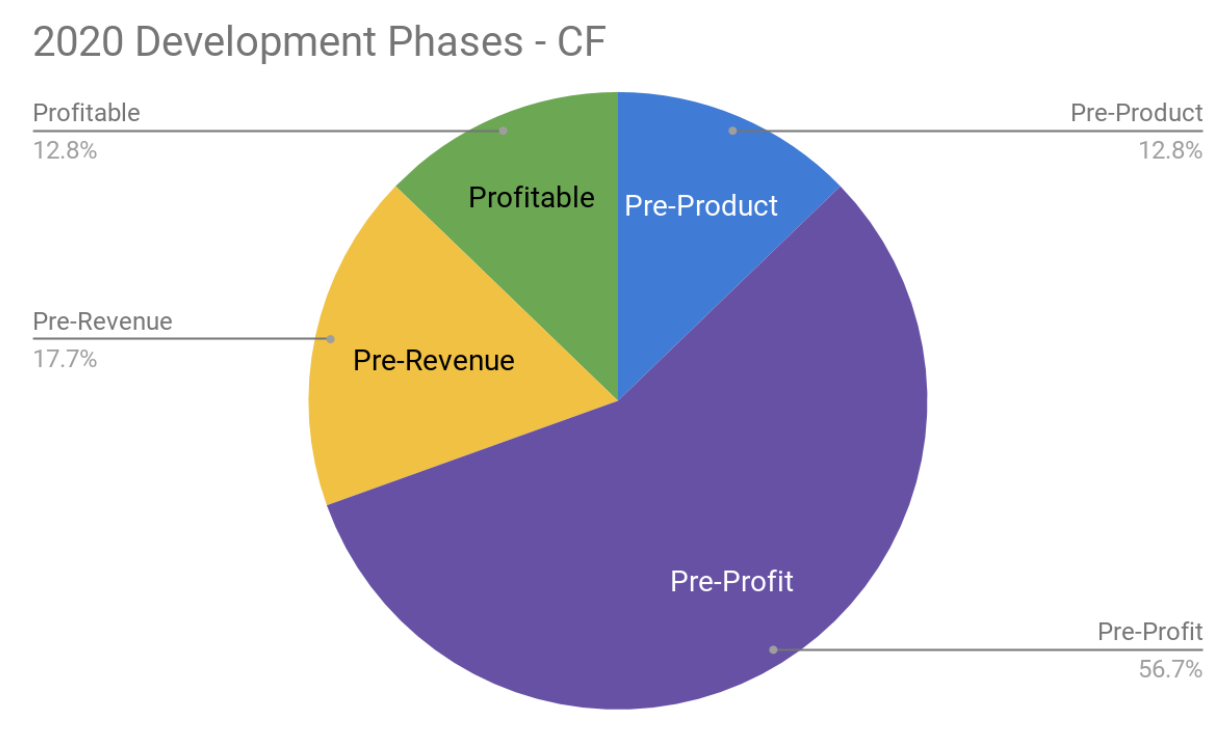 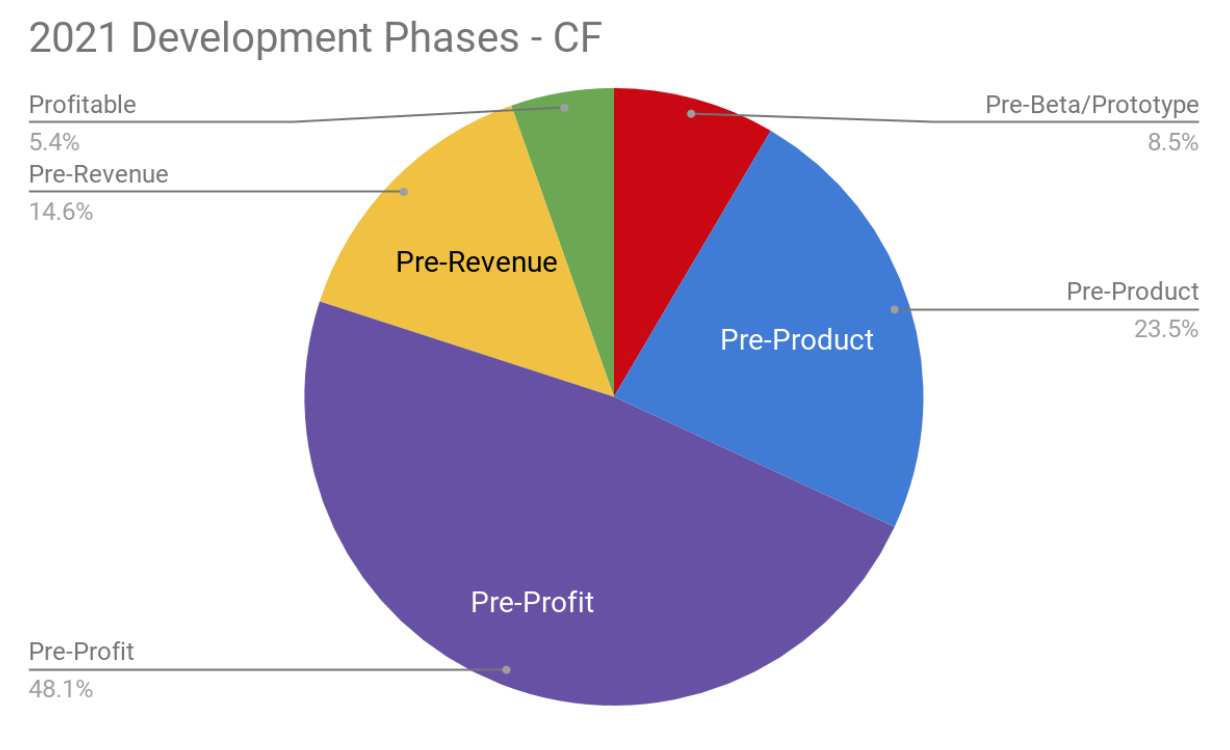 In Q1 2020, we had 141 startups with a designated development phase. This number increased to 260 startups in Q1 2021, showing the market’s continued growth. Part of the increase in raises can be attributed to our ever-expanding coverage of funding platforms, but the newer funding platforms often do not generate much volume. As we measured in a previous Chart of the Week, the industry overall has steadily grown larger.

Another interesting observation — nearly 50% of the raises we evaluated in Q1 2020 and Q1 2021 were classified as pre-profit. This statistic indicates that around half of startups build out their product/service and take it to market before pursuing crowdfunding. Similar to pre-profit, the percentage of companies in the pre-revenue stage stayed pretty much the same year-to-year. However, we saw some major changes in profitable and pre-product businesses between the two years. In Q1 2020, 12.8% of startups were profitable. That number decreased to 5.4% in Q1 2021. There’s likely a variety of reasons for the change, but one possibility is that as crowdfunding becomes a more known and reputable way to raise capital, younger startups are entering the ecosystem. It’s also possible that COVID-19 impacted the ability for companies to reach profitability in their early stages.

In contrast, the number of pre-product startups nearly doubled from 2020 to 2021, increasing from 12.8% to 23.5%. And companies in the pre-beta/prototype phase made up almost 10% of Q1 2021 startups. There seems to be an increase in very early stage startups raising capital through crowdfunding. While these companies are some of the riskiest in terms of investing, they also often offer the greatest chance for outsized returns if they prove to be successful. It’s also a sign of how online crowdfunding is democratizing access to funding. The founders of these pre-product and pre-beta/prototype startups may have limited networks from which to draw the initial capital they need to develop their companies. Crowdfunding offers them access to a wide array of investors, access that they would not have had just five years ago.

On this podcast episode, Sean O'Reilly and Olivia Strobl discuss… ...

3 Questions You Should Ask Before You Invest

The Drive To Lower Minimums In RegCF

A couple months back, writing at the time for Crowditz… ...