The Tesla of Motorcycles.

Curtiss is a motorcycle brand formed to lead the growing premium all-electric motorcycle market. Our cornerstone principle is sustainability. This means each Curtiss machine is emission free, is designed to a timeless no obsolescence mandate, is overbuilt to an ageless no fatigue sustainability and is infinitely upgradeable and infinitely customizable to an individual dream bike specification. Our dream is to make our clients dream heirloom, the single machine that most reminds him or her who he or she really is.
Create a free account today to gain access to KingsCrowd analytics.

The Curtiss team has been selected as a “Top Deal” by KingsCrowd. This distinction is reserved for deals selected into the top 10% of our deal diligence funnel. If you have questions regarding our deal diligence and selection methodology please reach out to hello@kingscrowd.com.

In the 1940’s a man by the name of Preston Tucker tried to build a revolutionary new car, the Tucker 48, steeped in luxury design and high end technologies for the time. (Pictured below)

Despite his best efforts, the company never succeeded after becoming insolvent in the early 1950’s following an onslaught of government investigations.

In larger part these investigations were the result of Senator Homer Ferguson of Detroit who was hell bent on protecting the big automakers like Ford from a new upstart automotive company.

Needless to say, it has been exceedingly difficult since the 1920s and 30s to build a new automaker to compete with the US auto manufacturer behemoths.

That was until Elon Musk and Tesla came to market with a revolutionary reimagining of the electric vehicle. Despite the immense uphill financial battles, Tesla has fought and will continue to fight for the foreseeable future, one thing is clear; Demand for a new, fresh and most importantly sustainable vehicle is here. 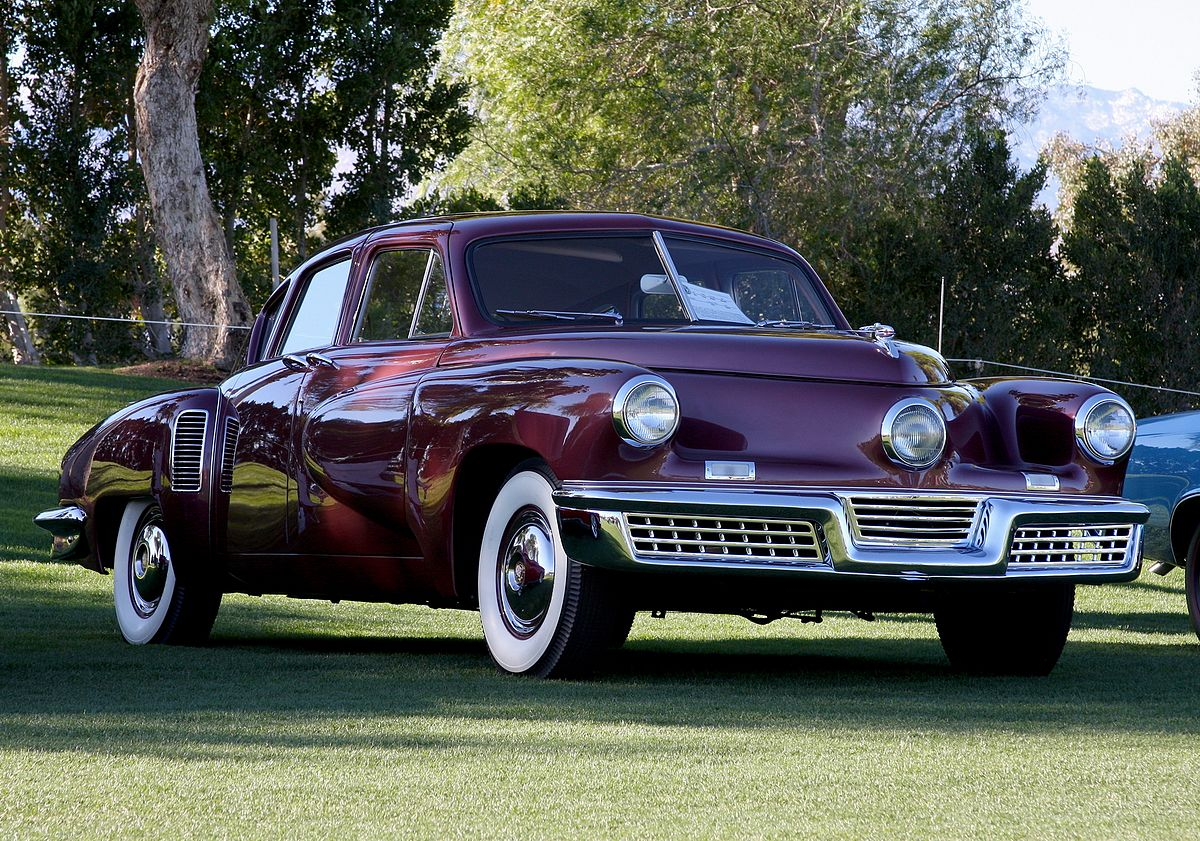 Not surprisingly, all of these companies have either rolled out electric vehicles or are working to do so. This is driven by a need to meet new government standards on emissions and as a result of seeing the Tesla Model 3 demand. Recently, the Model 3 was heralded as the best selling car in the US in terms of revenue, and 5th best selling car based on volume, pushing all-electric vehicles sales to a record 4% market share.

We are now seeing this sustainably minded consumer purchase behavior trickling into another vehicle market: the motorcycle. Now before you start thinking this is insane because Harley Davidson lovers don’t seem like the type to give up their gas-guzzling power machines, consider this. The global electric motorcycle and scooters market was valued at $15.5Bn, with the US electric motorcycle and scooter market expected to grow at 16% to 2024.

This new demand is driven by what we have seen in the auto sector, which is more people are beginning to gain comfort with having green vehicles. In the motorcycle industry specifically, battery powered motorcycle demand is being driven not only by this shift in consumer behavior, but by the fact that manufacturers are beginning to design more powerful and longer range bikes thanks to major advancements in battery technology. And the cost are coming way down too!

Premium heavyweight and middleweight battery-electric motorcycles specifically are expected to be a $100M business by 2020 and grow at an rapidly at an annual growth rate of 42%.

With this new age of electric motorcycles upon us, one company is setting out to become the high-end ‘Tesla’ of the motorcycle industry. Curtiss produces all-electric motorcycles, hoping to take advantage of these industry trends with their premium heavyweight and middleweight product offerings.

The company has multiple product lines awaiting launch over the next few years. The three earliest products are beginning production in 2019, with price tags of $45K, $60K, and $90K. Each one is beautifully crafted at a premium price point, hoping to cater to a more affluent class of motorcycle owners, comparable to the status differential between a Harley Davidson motorcycle and a Yamaha scooter.

Their product is clearly positioned as a luxury product, bringing together high-quality parts under a high price point to deliver strong performance.

Because of their industry’s rapid technological advancements, their products are designed to be infinitely upgradable and customizable. This way, customers who may be waiting for better battery technology or other specification improvements may purchase their products knowing that they can just upgrade their vehicle later on.

This upgradability also falls in line with their “One Life, One Bike” vision, where individuals design their Curtiss Motorcycle and stick with it throughout their life. They are also hoping to better allow their customers to customize their products with their “DreamMaker” project.

DreamMaker is a feature which allows customers to fully configure their motorcycle, choosing from every architectural form that motorcycles have ever had. Curtiss will coordinate with customers over the course of 2-3 months to prepare a design that can both support their engine and battery, whilst adhering to the customer’s favorite designs. While labor and time intensive, which could hamper scale this is less of a high quantity game at the suggested price points and thus is justifiable.

Curtiss has a direct-to-consumer sales and distribution model, much like Tesla. Because of their premium branding and their customization, dealerships are a less viable distribution model, not to mention that they are also better able to control costs throughout their supply/delivery chain.

The company operates as a demand-pull business, pre-selling their products before their eventual delivery. This model also gives Curtiss an easy yardstick by which they can measure and adjust their marketing efforts, by looking at their pre-selling statistics.

Their marketing efforts are primarily aimed at branding themselves as an organic all-American brand, focused around minimalistic designs. To differentiate themselves from other brands, they not only plan to outshine competitors with their high-quality but also by emphasizing their design capabilities and their ability to integrate their battery and engine systems with classic designs.

The company has so far managed to sell 1,000 of their products, demonstrating that there is a demand for their products, a positive sign for a new company like theirs. They have also maintained a reasonable gross margin of 40%, which permits a healthy allowance to R&D and marketing expenses, all significant contributors to the total cost per unit for a luxury brand like Curtiss.

Their primary goals in the upcoming two years are to IPO and generate $20MM USD of pre-sales on or before 2020. While their sales are currently more in line the $1MM-$3MM mark, Curtiss anticipates significant YoY sales growth as they continue to roll out their marketing campaign. We think sales estimates are aggressive, but regardless are bullish on the strength and differentiation of the product to drive long term success.

Curtiss is releasing their products at just the right time, as all-electric automobiles are becoming more and more popular and as electric automobile technology is becoming more viable. With many less expensive alternatives for electric motorcycles already on the market, consumers are already familiarized with the concept of all-electric motorcycles.

Yet at the same time, their industry is new enough to not have any established luxury electric motorcycle brands. These broader trends in mind, their products are positioned to be well-received by the market .

So far, Curtiss seems to closely match Tesla as a company. Both businesses are aimed at disrupting the automobile industry with their premium all-electric products. Both of their namesakes are important inventors, Glenn Curtiss, and Nikola Tesla.

Even their designs resemble one another, both sleek, futuristic, and minimalistic. However, Tesla has one key advantage: Elon Musk. While Musk has been a double-edged sword over the past year or so, his status as a celebrity helped spread awareness of Tesla’s brand and vision, contributing to the early successes of the brand. Recognition of Musk’s achievements helped Tesla gain legitimacy early on, helping to accelerate Tesla’s rapid growth.

Curtiss does not have this advantage readily available to their company. And, being an early entrant to the luxury electric motorcycle market, Curtiss needs to extend its brand awareness as much as possible, to gain as many loyal customers as possible and hopefully reach top of mind awareness like Tesla.

The positive for Curtiss is that the organization has actually been running as a luxury motorcycle company since the early 90’s, just not as an electric bike company. Last year they had over $2M in sales and prior to that $3M in sales, but have officially shifted all efforts to becoming a broader appealing all-electric bike company (hence the drop in revenues). Regardless, they have proven an ability to sell high end motorcycles for years and have already established themselves as a leader in high-end, luxury motorcycle design.

This design capability shows in the fact that the team is outperforming their competitors in important metrics like maximum power and range. Given Curtiss continues this way, they have a good chance to create a Tesla-like impact on the industry.

However, for most investors, this should not be a primary concern. Curtiss’ penetration of the premium electric motorcycle market should either prove a success or failure in the upcoming years, and their plan to go public in the near term on the Nasdaq will allow equity crowdfunding investors the ability to recognize returns in the form of near-term liquidity before market begins saturation becomes a concern.

With H Matthew Chambers as Founder & CEO, a man that has built Curtiss for over 20 years, we admire his commitment to the business and the longevity with which he has run it successfully.

One of the great things that we love about the founder is the fact that after 20 years of running the business, he hasn’t been afraid to reinvent the entire business to meet the next wave of innovation. We stress the importance of understanding timing is everything. This is a founder who recognizes the impending growth of the electric bike sector and is making a concerted effort to go all in on this market inflection point.

This is not without it’s risk, which is why larger companies like Harley Davidson are less likely to jump all in on electric bikes overnight. This is also why they’ve struggled to grow sales. H Matthew Chambers and the Curtiss team are well positioned from a management perspective to navigate these new waters and continue to build a long-term, sustainable, high-end electric motorcycle business.

This company doesn’t come without its risk including slower than expected consumer adoption, a limited market size opportunity, a high price point that hampers sales and larger players entering the space aggressively.

Regardless, we think this is a Top Deal based on the strong management team, a new and growing market, a reasonable valuation, a proven track record of being able to sell high-end motorcycles, exceptional design that really does appear to be 10X better than competition and a loose structure for creating near-term investor liquidity.