Does Past Funding Matter in Online Startup Investing? - KingsCrowd Skip to content
Become an owner of KingsCrowd.
Invest Today!

Does Past Funding Matter in Online Startup Investing?

The money startups raise in funding rounds enables founders to grow their company and make their ideas and goals a reality. Raising capital is also a way to expand a startup’s network, either with investors, customers, or advisors. There are multiple methods for raising capital, such as from family and friends, venture capitalists, angel investors, or through crowdfunding.

Going through multiple rounds of funding not only helps startups bring in more cash but also helps the founders and team see through the lens of investors. Entrepreneurs can understand the criteria investors look for when deciding to invest, and it gives them a clearer view on how their company has been performing. 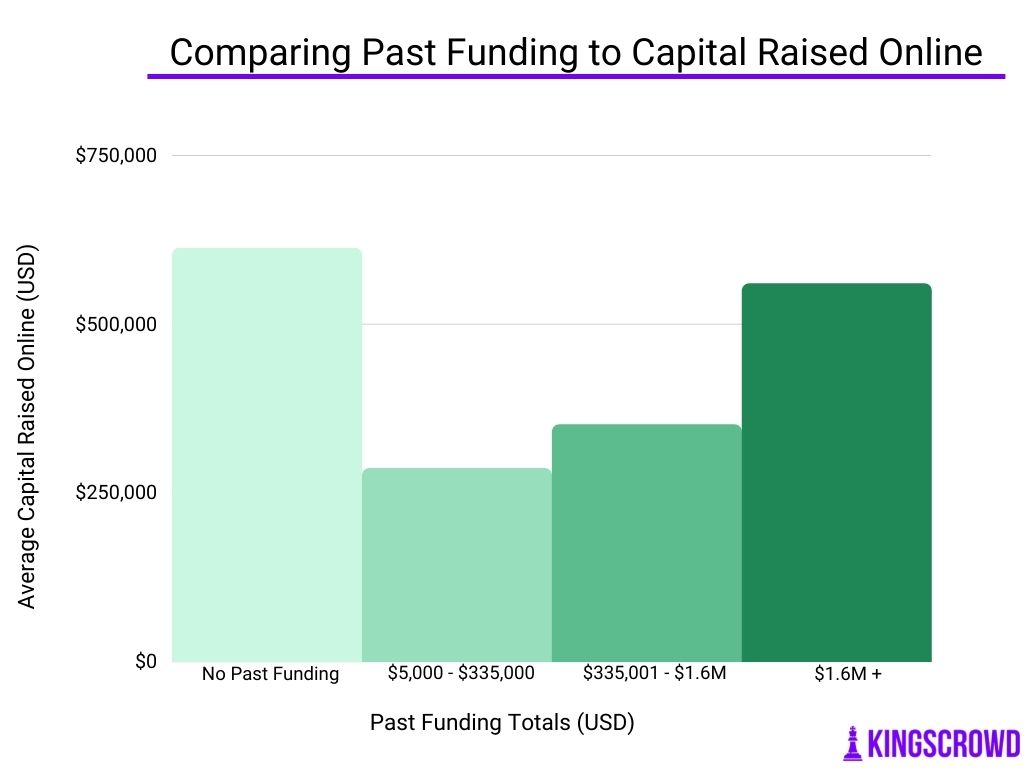 It’s somewhat surprising that startups with no prior funding outperformed their non-bootstrapped fellows. Conventional investing wisdom says that having past funding will increase the likelihood of future success since it indicates that a founder has a solid network and knows what they are doing. However, there’s an important fallacy in that wisdom — it doesn’t leave room for founders who don’t have wealthy networks to draw from. We’ve seen how online startup investing has helped to conquer biases that seem to pervade traditional venture capital. In 2021, startups with female founders received nearly 20% of total funding, and startups with minority founders received more than 30%. (Note: both of those statistics apply only to Regulation Crowdfunding raises.) It’s clear that retail investors aren’t approaching online startup investing in the same way as venture capitalists have. And that new perspective seems to hold true for the question of past funding as well.

However, our data shows that startup investors may not want to completely ignore a company’s past funding. It’s just a question of when to start paying attention. If a startup has received only a few thousand in prior funding, then other aspects of the company — its team, product, market potential — should remain the focus. But if a startup has gotten $1 million or more in past funding, investors may want to take note. That level of funding shows significant investor confidence in the past. If the startup checks other boxes and has strong prior funding, it becomes an even more attractive investment opportunity.

The Art Of The Pivot

Startups or early-stage companies are precarious ventures that can tumble… ...

Investors have many debt crowdfunding platforms to choose from, and… ...