Is the Startup Valuation Bubble Popping?

One of the most important metrics startup investors should pay attention to is valuation. Valuation (in combination with share price) will determine how much equity you receive. And that has a direct relationship to your potential returns in the future.

In 2021, startup valuations went through the roof as venture capital (VC) investments increased by almost 100%. Economic stimulus and confidence in the broader markets fueled this VC activity. But what’s true in the VC world isn’t always true in online startup investing. Last week we looked at how total dollars invested changed from early 2021 to early 2022. Today, we’re turning to valuation. 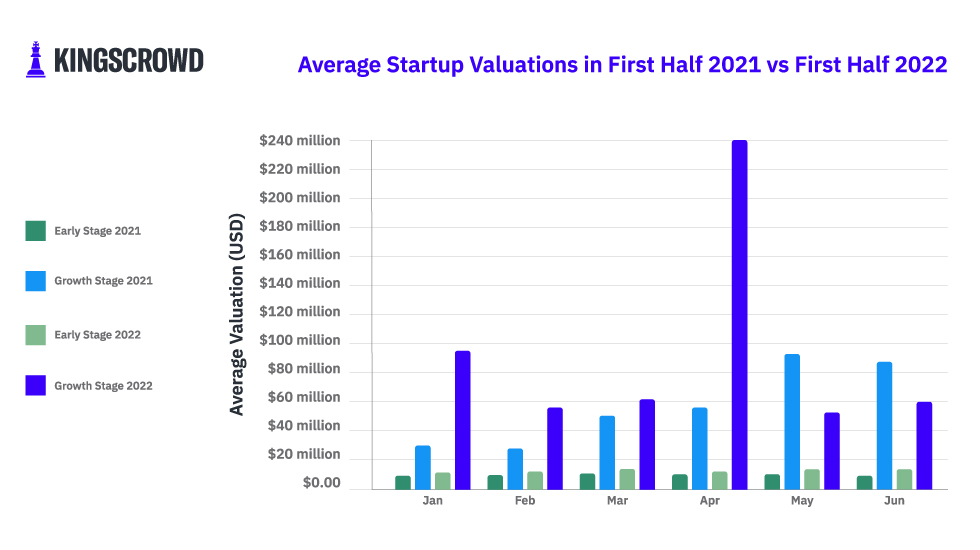 In the first half of 2021, the average valuation of early stage startups ranged from $10 million to $12.3 million. We’ve seen only a minor increase in 2022, with early stage valuations staying between $11.9 million and $13.9 million.

Growth stage startups are another story.

There could be a few factors influencing this decline. Because growth stage startups are more mature than their early counterparts, they are more likely to be impacted by broader market movements. VC investing is also slowing down across the board. In the public markets, the S&P 500 is down 20% from its January open, and total IPOs are down nearly 80% from last year. Growth stage startups often seek investments from both VC and retail investors. With VC funds drying up, startups are have to stay competitive in order to win investments. Lowering valuations is an easy – and attractive – way to stand out. And that’s good news for retail investors!

We break down the latest deals available for investment in… ...

Understanding the SAFE with Max Rich, Internal Counsel at Republic

Regulation Crowdfunding platforms allow you to invest in startups using… ...