The Leading Industries for Female Founders in 2021 - KingsCrowd Skip to content
Become an owner of KingsCrowd.
Invest Today!

The Leading Industries for Female Founders in 2021

In our last Chart of the Week, we discovered that, female founders received 19.3% of all the capital invested in online startup deals in 2021. That’s close to 10x more than the percentage of capital they raised from venture capital (VC) firms. In the VC deals, companies with female founders were mostly operating in the software industry, followed by business-to-business services and pharma & bio. 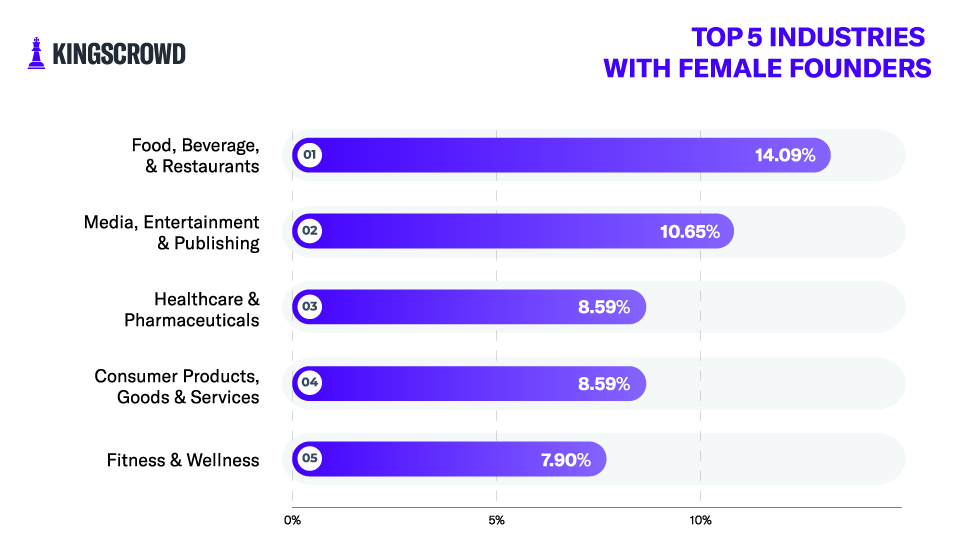 However, the difference of female-led startup deals between VC and the online crowdfunding market is a demonstration of the possibilities offered by the democratization of startup investing. Women can succeed in a wider number of industries, and investors have access to a wider range of startup deals.

Stay tuned for next week when we look at the representation of female founders on the different crowdfunding platforms!

How Coinbase Raised Its Earliest Capital Via Crowdfunding

A look at how Coinbase used crowdfunding to get where… ...

The Value of a Defensible Hardware Product

In this Chart of the Week, the relationship between defensibility… ...