LiquidPiston is bringing us the first wholly new combustion engine in 85 years. They’ve developed “...an optimized thermodynamic cycle and built a fundamentally new combustion engine that's cleaner, cheaper, quieter, and smaller.” In fact, their engine is 2x more efficient than a gasoline engine, can be 5-10x smaller and lighter than Diesel, and can have a lower CO2 footprint than plug-in electric vehicles. Plus, they have 45 patents (both pending and issued) in both the US and internationally. They’re also no stranger to crowdfunding. In 2017, they raised $1.29M from 727 investors on Wefunder. They now have huge enterprise customers interested in potential licensing deals, and while they will be focused on military applications to start, their goal is to ultimately disrupt -- and overturn -- the whole combustion engine market.
Create a free account today to gain access to KingsCrowd analytics.

The Liquid Piston team has been selected as a “Top Deal” by KingsCrowd. This distinction is reserved for deals selected into the top 10% of our deal diligence funnel. If you have questions regarding our deal diligence and selection methodology, please reach out to hello@kingscrowd.com.

Check out our discussion with Co-Founder & CEO Alexander Shkolnik that was conducted as part of our due diligence process HERE.

It has been a long time coming.

For almost 90 years our lives have been moving forward powered by the Internal Combustion Engine (ICE). Found in the hood of, until recently, every car they function by using the explosions that come from burning gasoline to move pistons and then the car itself.

The ICE has served us well for a long time – it has been estimated that there are 1.4 billion cars on the road today. Now THAT’S a product endorsement.

Yet, as with all things, the time has come for the next evolution of this incredible system. Enter Liquid Piston, a startup currently raising crowdfunding investor capital on WeFunder that already has the backing of serious heavy-hitters, the most prominent of which is The Defense Advanced Research Projects Agency (DARPA).

That DARPA, which has seeded everything from the NASA Space Program to The Internet (which started as a way for DARPA researchers to send messages to each other via computers) is involved through $9 million in government contracts should be enough to attract investor attention. And it has – already the company has a valuation ceiling of $35 million and has raised close to $3.5 million through multiple equity crowdfunding rounds. This is on top of the $20 million that has already been invested in developing the technology itself.

Which brings us to the Liquid Piston Engine, developed by individuals that went back to the drawing board with the ICE. Asking themselves “What does physics tell us about how to build an engine” they quickly realized that we could do better than the ICE – way better.

The Liquid Piston Engine (LPE) has proven itself to be 2x more efficient and 1/10 the size of an ICE all while being 2x quieter and producing exponentially (1000x) lower vibrations. As the reader is no doubt realizing, the LPE comes in a tiny package but packs a ‘Whollup.’

By now the intrigued reader’s mind is no doubt spinning while trying to comprehend the countless uses for the LPE. I am not a mechanical engineer. Nor is KingsCrowd founder Chris Lustrino. But for now, we are prepared to take Liquid Piston’s management team at their word that the technology is the real deal – especially with so many experienced parties lining up to get their hands on the LPE. Already, the company has:

Commercial clients will almost certainly be not far behind once these orders are satisfied.

And why not? The simple decision to go back to the drawing board and figured out how to squeeze every ounce of efficiency out of the thermodynamic process has been a long time coming: 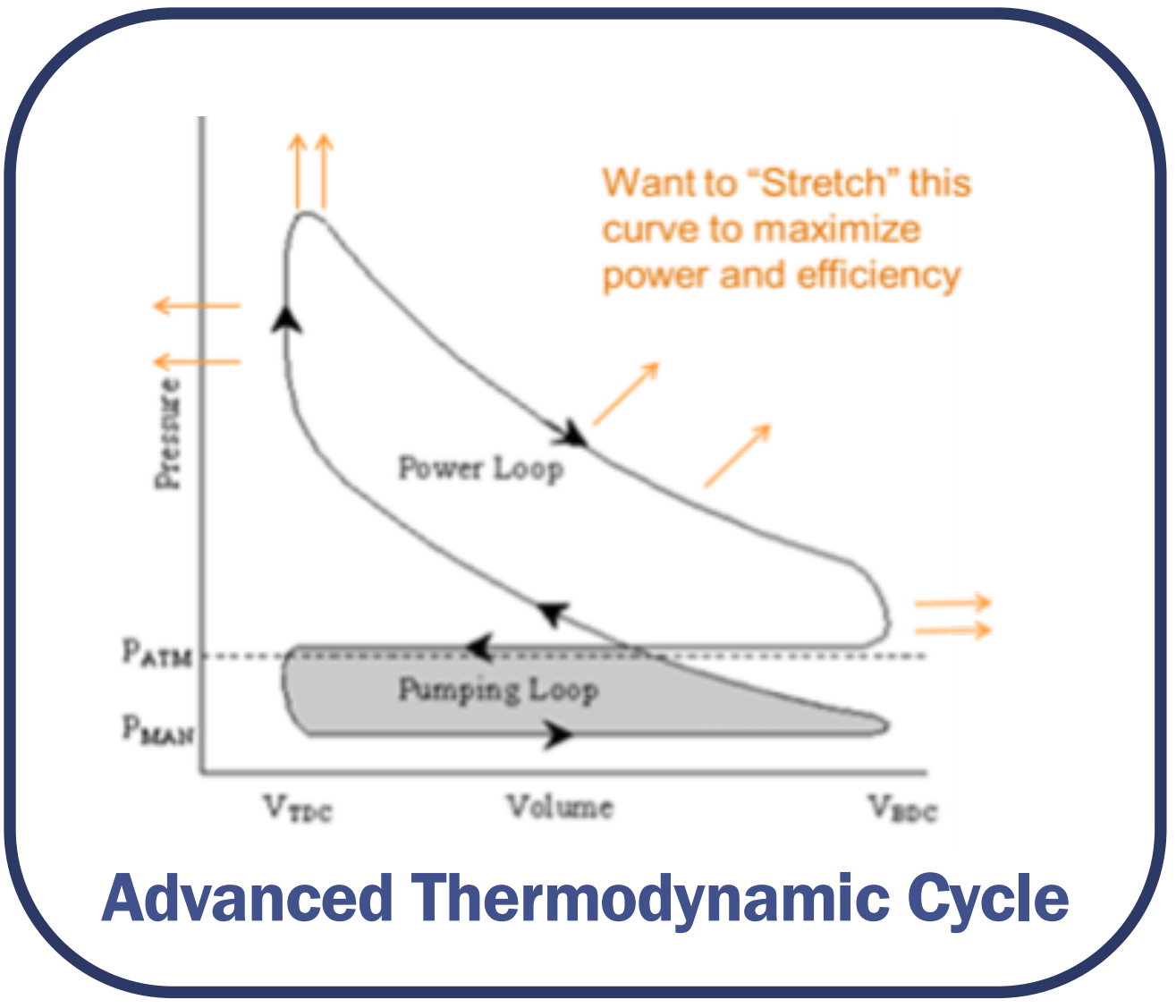 It’s at this point that we want to address a major question in everyone’s minds: The answer is NO, the Liquid Piston engine is not targeting the engines in your car – yet. This is probably wise for reasons we’ll get to in a moment.

Liquid Piston is currently focused on the military/small-engine market. This may sound counter-intuitive at first, but we actually love the move. First, DARPA was kind enough to help the company get off the ground. Second, there is LOTS of room for improvement in the types of engines and fuel the U.S. Department of Defense utilizes.

“Today the U.S. Military is the single largest consumer of oil on the planet. Further, it can t ake up to 100 gallons of fuel to push 1 gallon to the front line. Not only is this expensive, but the fuel is protected in convoys, and they lose soldiers – its measured in lives. The military has a single-fuel mandate, which is JP8 – a heavy fuel.

Today’s heavy fuel (Diesel) engines are very large and heavy, which creates logistical burdens and reduced operating capability. We can help improve efficiency, reducing the amount of fuel that needs to be pushed to the front line, and we can reduce engine and generator size and weight by approximately 10-fold.”

According to the company’s WeFunder page, a typical full-size DoD contract can run well over $200 million. This is just the kind of niche-market we like to see early-stage companies focus on.

All too often startups try to conquer the world right out of the gate. What most fail to realize is that most great businesses start small: Facebook first conquered Harvard University’s student body. Gillette earned the loyalty of soldiers in WWI. Tesla focused on the most die-hard of electric car enthusiasts – not the average car buyer.

It’s worth mentioning that the history of the company actually stretches back to the early 2000s. It was in 2003 that Dr. Nikolay Shkolnik and Dr. Alexander Shkolnik invented a thermodynamic cycle which led to a MIT business plan competition the following year.

Since then through various grants, prizes, and contracts up until the company hit the equity crowdfunding world $20 million has been invested in this technology. From this perspective, the company’s current $35 million valuation isn’t so far-fetched.

One final note about finances: the company is already generating revenue and profits. This single fact caught my eye as particularly promising. Last year’s results were those of an enterprise capturing market traction.

We expect the top and bottom line to only get better from here. Investors concerned that Liquid Piston risks becoming another capital-intensive manufacturing operation will be glad to learn that the company is following the “Dolby Labs” business model.

By which I mean that once its technology is proven and patents are in place, it will cash-in on its revolutionary technology via licensing fees and royalties whilst remaining focused on niche manufacturing for select customers.

Perhaps most interesting of all is that Liquid Piston was founded by a father-son duo.

The company’s CTO – Nikolay Shkolnik has a Ph.D. in Physics from the University of Connecticut where he was a leader in the “Theory of Inventive Problem Solving,” i.e., he helped systemize innovation. The apple doesn’t fall far from the tree, either. The company’s CEO is Nikolay’s son Alexander who holds a Ph.D. from MIT.

For more on this unique founding story and the rest of the team, we recommend checking out LP’s WeFunder page.

As with any technology (or early-stage company), there are risks.

Liquid Piston has quickly proven itself to be the owner of a very unique piece of engineering mastery – the liquid piston engine. The U.S. Department of Defense has already lined up for orders, and it may not be long before you see a Liquid Piston appearing in consumer applications. A larger-scale engine may be in the future as well.

We are recommending this deal for three reasons (1) The right technology (2) The right management team that knows where to focus its energies and (3) Solid financial results already arriving early in the game.

The company thinks that an exit-scenario is a strong possibility in the next 3-5 years and, given the company’s ability to break into the profit-column already we have to agree.