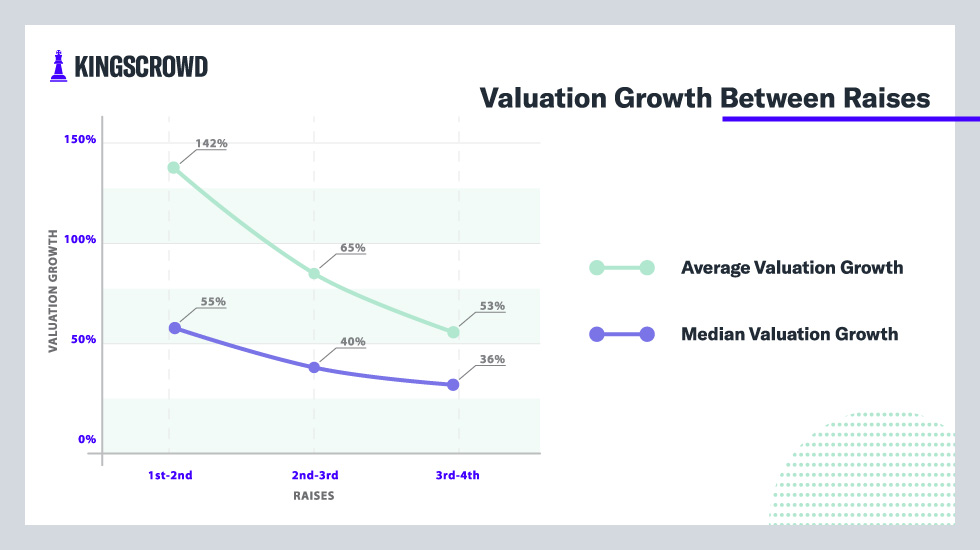 Our data suggests that the dramatic valuation increase between a company’s first and second round is due to it operating in its early stages. At the earliest stages of a company’s life — typically before it has a fully developed product or any meaningful traction — investors are most uncertain about the odds of its success.

When a company raises its initial round, it is typically in its ideation, prototype, or research stage, depending on the industry in which it operates. Therefore, between the first and second round, some level of development or progress can be analyzed to then determine its potential. Once investors evaluate a company’s potential, it provides them with more assurance that the company will perform well and is worth investing more money into (or vice versa, if they find the company is not progressing). Therefore, the greatest acceleration in valuation is in a company’s infancy. Over time, although the valuations of companies continue to increase, they do so at a slower rate because they are approaching the actual market value.

The KingsCrowd team is now just over 4 weeks into… ...