MyCroft AI is the open voice assistant you’ve been waiting for. They’re building the “...open source alternative to proprietary voice technologies like Alexa, Siri, and Assistant.” Specifically, it’s a software platform that allows developers to add a voice assistant to anything, hoping to fulfill the vision is that people can have a voice assistant that runs anywhere and interacts like a person. Recent crowdfunding from Kickstarter and Indiegogo raised $450,000, and MyCroft has raised more than $2.5M from institutional investors. Now, they want to give anyone the chance to own a piece of the voice technology that they envision will help change -- and shape -- the future.
Create a free account today to gain access to KingsCrowd analytics.

The Mycroft AI team has been selected as a “Top Deal” by KingsCrowd. This distinction is reserved for deals selected into the top 10% of our deal diligence funnel. If you have questions regarding our deal diligence and selection methodology please reach out to hello@kingscrowd.com

You can also see our Founder Profile with Founder & CEO of Mycroft AI, Josh Montgomery HERE, which was performed as part of our due diligence process.

Just four years ago, the idea of having a voice assistant in your home would do nothing more than conjure up images of the 1999 movie, Smart House. However, 4 years later voice assistants are estimated to be used by over 600M individuals globally, at least once a week.

8 months ago, a study by National Public Media was released, which showed that around 43M Americans or 20% of the US population now has a smart speaker in their home. From 0% penetration to 20% in just four years is astounding, but we are still early in the adoption curve with more to come.

National Public Media estimates that we have a long way to go from January 2018, but how we will continue to acquire more smart speaker users amongst later adopters will require some change in tactics.

One of the reasons we have not seen even more outsized penetration of smart speakers in the home is because of the major concerns that have arisen over privacy. In the Wall Street Journal, it was highlighted that most of the industry leaders in the smart speaker category including Amazon, Apple and Google are not clear on whether or not they are listening in-depth to all of our conversations and selling that data to marketers.

There are even several patent applications submitted by Amazon for creating a voice-sniffer algorithm, which would be able to listen and record conversations in real time.

With these major concerns around privacy, many individuals and enterprises alike have stayed at bay when it comes to bringing a smart speaker into the home or workplace.

Joshua Montgomery, Founder & CEO of Mycroft AI believes that, “When it comes to having a device that listens in your home 24/7 many people have decided enough is enough and are avoiding voice technology.”

Mycroft AI is trying to solve for this privacy issue with its open-source voice assistant that is focused on protecting user privacy above all else. As Joshua explains Mycroft AI software, “Is open so anyone can inspect the code and see exactly what we are doing with user data. This transparency ensures good behavior and creates trust between Mycroft the company and Mycroft the community.”

We think that the next frontier of smart speaker growth will likely come from non-adopters that refuse to place a smart speaker in their home until they feel that their privacy is protected. With a 34% global market CAGR expected to 2023 in a $7B voice assistant market, we think there is tremendous opportunity for Mycroft AI to pursue.

Would a retailer like Target really want two competitors (e.g., Amazon, Google) that are focused on selling consumers on goods and services listening into everything a customer is saying in their store? Probably not…

Enterprises can utilize the Mycroft AI platform to create custom in-store experiences that are tailored and customized to their needs without making customer data accessible to potential customers through the likes of Alexa and Google voice assistants.

For those who wonder whether or not open source is more of a cool, hippie-like tech idea, rather than a formidable business proposition, think again.

There is in fact a long history of open-source companies that have faced incredibly steep competition from major incumbents but went on to not only become relevant but dominant players in their respective industries.

MySQL in the database management space and redhat in the enterprise software space both were faced with taking on multi-billion dollar incumbent behemoths when they were created. Both have also proven to play outsized roles in their industry taking on the likes of Oracle, SAP and IBM, which are very much like the Amazon’s and Google’s of the enterprise markets.

We think Mycroft AI can play a similar role in the smart speaker market becoming the significant open-source player for this space. Another great example of an successful open source company is WordPress, which now powers of 27% of the internet with 75M websites utilizing WordPress.

The reason we deep dived into these other projects was to ensure that we felt confident that a company like Mycroft AI with millions in funding could actually take on the likes of companies with billions and in some cases trillion dollar market caps.

Looking at the data and speaking with various individuals in the market, one thing is clear. Amazon, Google and Apple can outspend Mycroft AI to the hills, however they will not be able to authentically market the idea of providing true privacy to the segment of the population that cares about that. Ultimately, we think the brand moat is what will make Mycroft AI a defensible business.

We also think the open source model will lead Mycroft AI to end up with more user features for its platform since anyone outside of the organization can create projects for it as well.

The plan is to, “Charge a license for each server deployed ($1,500/mo),” with the plan for, “each server [to] service 5,000 consumer accounts,” says Montgomery. The list of retailers already talking to and showing inbound interest in Mycroft AI is expanding.

On the consumer side of the business smart speakers are sold in the $150 to $200 price points, very much in line with competitors. “We are working with a contract manufacturer to fulfill hardware orders. We designed them here in the US, but have to manufacture them overseas to provide competitive pricing,” says Montgomery. 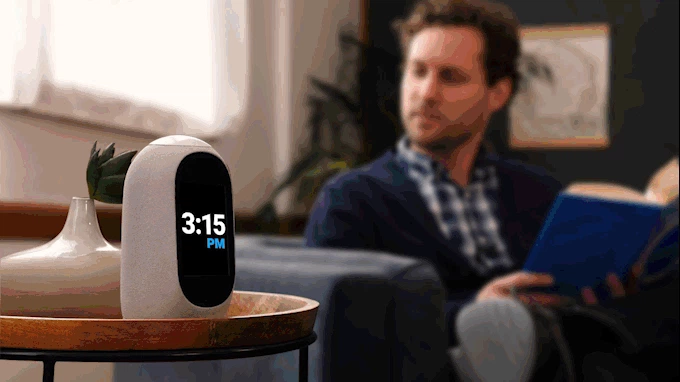 The team also charges a $2/mo. premium fee building in recurring revenue on the consumer side. This type of model would be concerning because getting customers to pay additional fees for continued service can be challenging.

However, there is a long history of consumers being willing to pay for privacy. AOL, which still charges a $5/mo. email fee for consumers is able to do so because its key demographic believes in the privacy and security proposition of the AOL account.

The fact that the team has already signed up almost 16K accounts to date is another signal that the small fee does not seem to be hindering adoption.

At a $19.9M pre-money valuation w e think the company is still well valued. Once again speaking to the $1B acquisition of MySQL and the $25B+ valuation of redhat highlights the fact that an open source solution in a larger market can attract significant market share.

In a market pegged to be a $7B+ industry by 2023 and rising, we think Mycroft AI can own at least 15 to 20% of the market with its offering, which would put it in the range of $1B+ in annual revenue.

With $1.5M in assets on the books, and surprisingly high 2017 revenues of almost $300K (in a year where the team has not been pushing product very much), speaks to the fact that there is pent up demand for what the team is building. COGs on this small quantity of sold product, was pegged at $189K suggesting gross margins of 36% with absolutely no economies of scale.

As the team increases production and goes to market at full tilt in November 2019 we think this can become a really interesting business fast.

For those concerned about the long term debt currently on the books, we don’t think it is reason for extended pause. The team is currently investing heavily in tech R&D without commercializing in a meaningful way, which will change within the next 12 to 16 months.

Joshua also lets us know that the team is in process of raising a Series A from more traditional venture, which will help the company to further its runway until full product launch in November 2019.

With $2.5M in capital raised to date from several notable investors (including as a 500 Startups Batch 20 participant, and over $450K in pre-orders coming from their latest rewards crowdfunding offering, we think the team is executing well in obtaining the capital resources needed as well as driving real consumer demand.

Joshua Montgomery comes with a breadth of experience building companies including as Founder & President of Wicked Broadband, where he built an internet service provider from the ground up. This organization continues to operate 13 years later with over 5,000 users in the Lawrence, Kansas region.

More recently he has also served as a mentor at Techstars, one of the top startup accelerator programs in the US, which is relevant because it keeps Josh tied to the startup scene and what the latest innovations are. Lastly, he is also a 9 year member of the Air National Guard, which we think is relevant to him being a strong and seasoned leader.

With a balance of tech, founding and leadership experience, Josh is an excellent talent that we think has the capability to be a good fit as Founder & CEO of Mycroft AI.

He has also surrounded himself with a talented and deeply experienced team including CTO, Steve Penrod who spent 20 years in product development prior to taking on this role, including stops at Autodesk and GNS Healthcare. There are also 6 other software engineers listed on the team that round out the breadth of tech talent needed to execute on the vision of Mycroft AI.

Mycroft AI is the latest Top Deal at KingsCrowd because the founding team has shown an ability to create both consumer and enterprise demand for an open source smart speaker in a market that is commanded by major entities like Amazon and Google.

We think ultimately the value proposition of more privacy will help Mycroft AI to win in a market where more consumers are becoming skeptical and concerned about their privacy. With the technology getting close to full product launch and a growing list of enterprise prospects, we think the $19.9M pre-money valuation is an attractive entry point for investors.

If past open source projects are examples of what Mycroft AI can become we think this team will have tremendous success. The deep team expertise and the founders past company building activities are signs that the vision can be executed on. For these reasons, we strongly recommend that you consider adding Mycroft AI to your portfolio.

Thank you for your vote on MyCroft AI on StartEngine

Thank you for your vote on MyCroft AI on StartEngine