Note: Due to the holidays, this list only covers part of the previous week. All raises begun after the cutoff date will be covered in next week’s list of new deals.

Below are the latest equity crowdfunding raises begun this past week. For additional information, we encourage KingsCrowders to click on the link provided for more details. If interested, be sure and follow how each startup’s respective raise is progressing and the concepts they are bringing to the marketplace.

Please note, these are not recommendations but are meant only to inform our readers of new investment opportunities.

Be sure and check back with KingsCrowd in the future. We will continue providing updates on each raise as it progresses, particularly if we feel they meet our criteria of being worthwhile as potential investments.

C-Reveal Therapeutics, with a pre-money valuation of $10 million, is raising crowdfunding on NetCapital. The company has identified two key cancer-specific enzymes that, when inhibited, reveal hidden tumors to the immune system. C-Reveal plans to develop inhibitors for these enzymes, which will allow the immune system to recognize, target, and attack cancer cells. They will also allow existing cancer immunotherapies to work in a greater number of patients. The company was founded by Thomas Haag, Ph.D, J.D., Mark Cobbold, M.D., Ph.D., Keith Flaherty, M.D. and Cyril Benes, Ph.D. C-Reveal is partnering with Evotec, a European-based contract research organization, for the next step in its drug discovery process.

Surya Spa, with a $15M valuation cap, is raising funds on Republic.  The company simplifies and modernizes Ayurveda through natural, botanical, restorative skincare, as well as through wellness programs, education, services, and self-care tools. Surya Spa founded by Martha Soffer, Roger Soffer and David Nikzad in January, 2017.  The company is raising a crowdfunding round with a minimum goal of $25,000 and a maximum goal of $1,070,000. Surya’s products build on the time-honored foundation of Ayurveda, and each ingredient is chosen for specific medicinal benefits, with a deep understanding of the synergistic power of various herbal and oil combinations.

Canopy is raising funds on Republic. Since late March 2020 a team of entrepreneurs, material scientists, biomedical engineers, industrial designers, clinicians, hospital administrators, and former FDA officials has been quietly working with the CDC and NIOSH to develop and commercialize Canopy, the next-generation reusable N95 respirator. Joe Rosenberg founded Canopy in April 2020. Canopy is raising a crowdfunding round with a minimum goal of $25,003.77 and a maximum goal of $1,069,995.30. Canopy’s radially-pleated, patent-pending filter has 3x the surface area of a standard N95, giving users the space to breathe easily.

Salone Monet, with a $4.5M valuation cap, is raising funds on Republic.  The company has created a color inclusive nude shoe company where beauty is defined by the individual. Salone Monet was founded by Salone Monet in April 2018. The company is raising a crowdfunding round with a minimum goal of $25,000 and a maximum goal of $250,000. Salone Monet uses an exclusive production model that significantly reduces waste, alleviates the financial risk of unnecessary inventory, and gives artisans in the United States a new way to grow.

Asarasi, with a $10M valuation cap, is raising funds on Republic.  The company was founded by CEO Adam Lazar after he discovered a renewable, sustainable, plant-based, alternative source for pure water. Asarasi was founded in July 2014.  The company is raising a crowdfunding round with a minimum goal of $25,000 and a maximum goal of $472.000. Asarasi water is upcycled from 1 billion gallons of sugar-free sap water byproduct from the maple industry.

Trusst, with a $6M valuation cap, is raising funds on Republic. The company has assembled national experts on messaging-based therapy to deliver an empirically-validated, HIPAA-compliant app that solves the scalability and affordability crisis in mental health care. Bill Hudenko, Ph.D. and David Allen, M.B.A. founded Trusst in February, 2019. Trusst is raising a crowdfunding round with a minimum goal of $25,000 and a maximum goal of $1,070,000. The Trusst app offers a tiered care model that is personalized and affordable.

Perrone Robotics has superior technology in the autonomous vehicle space.  Its software is so efficient that it can operate on a Raspberry Pi. The company was founded in 2003 by Paul Perrone. The current crowdfunding campaign has a minimum target of $250,000 and a maximum target of $1,070,000. Perrone Robotics product allows businesses to use fully autonomous vehicles for revenue generating operations today in places with fixed boundaries such as residential areas, work sites, and downtown business routes.

GoMeat , with a pre-money valuation of $9 million, is raising funds on StartEngine. The company is a grocery ordering and delivery service for Halal and Kosher meat, serving the $32 billion North American Halal meat market‚ a niche segment of the supermarket industry that has by and large been ignored by other on-demand ordering & delivery apps. The company was founded by Waqas Siddiqi, Ibrahim Quadri, Ehsan Muhammad, Syed Hamed Quadri and Asim Quresh in 2014. The company’s crowdfunding round has a maximum goal of $500,000.

AquaVault, with a pre-money valuation of $26.5 million, is raising funds on StartEngine. The company manufactures portable travel safes that can be locked to beach furniture to keep valuables secure. AquaVault is already offering its product to hundreds of hotels and amusement parks and is growing well. The company was founded by Avin Samtani, Robert Peck, and Jonathan Kinas in 2014 and already has five issued patents, four pending patents, and three global trademarks. The company has secured a funding deal with Daymond Jones through Shark Tank, while the current crowdfunding round has a maximum goal of $1,050,000.

Calculated Development is exclusively developing the young adult CALCULATED book series into a wide-audience global motion picture franchise for distribution by major global studios, distributors and streaming systems. The company was founded by Jason Brents, Stephen Wollwerth and John Lee.  The current crowdfunding campaign has a minimum target of $50,000 and a maximum target of $1,070,000. Calculated’s first novel will be released February 11, 2021 through Wolfpack, one of the most successful Amazon-focused publishers.

Ahmad comes to KingsCrowd with the perfect blend of venture capital and data science experience. He holds an MBA, is a Kauffman Fellow and has spent eight years working in venture capital, with stops at N2V, Leap Ventures, and ArzanVC. He also spent three years at Carta, a leader in cap table management and private equity technology. In his free time, he runs his own VC and data science-focused blog: VCpreneur.com where he entertains and educates thousands of readers.

This Chart of the Week examines the which industries are… ... 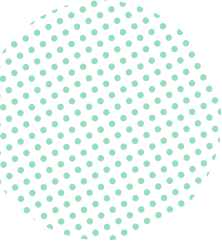