NowRx, with a pre-money valuation of $65 million, is raising funds on SeedInvest through Reg A+ crowdfunding. It is a pharmacy delivery solution that uses advanced technology to provide free same-day delivery for all prescription needs. The on-demand delivery model of NowRx offers convenience, higher worker productivity, and superior customer experience. NowRx was founded by Cary Breese and Sumeet Shoekand and has raised over $10 million in previous rounds of financing. The current funding round has a minimum target of $1,500,000 and a maximum target of $20,000,001, and the funds will be used for marketing and sales, R&D and technology development, and expansion. NowRx has reported 1064% customer growth since 2016 and a 30% revenue run rate growth in five months.
Create a free account today to gain access to KingsCrowd analytics.

NowRX has been selected as a “Top Deal” by KingsCrowd. Today, we are reiterating this Top Deal rating, reserved for the top 10% of all deals across the market. If you have questions regarding our deal diligence and selection methodology please reach out to hello@kingscrowd.com.

Since We Last Saw NowRx...

NowRx, a technology-driven, on-demand pharmacy, was rated a Top Deal by Kingscrowd in May of 2018. The team is now raising its Series B round as a Regulation A offer on SeedInvest with the ultimate goal of developing AI-powered robotic technology for free, same-day delivery of both prescription and over-the-counter (OTC) medications. In doing so, the team aims to eliminate the need for pharmacies altogether, heavily disrupting the $313B pharmaceutical market.

As of July 2019, revenue stands at $7.2M. To date, NowRx has filled over 100k prescriptions. Though the valuation has gone up significantly, this significant increase in revenue and proven traction derisks the investment. 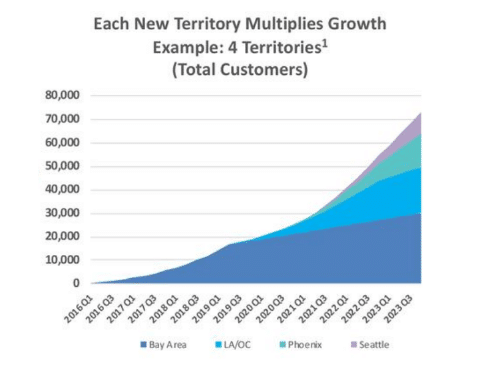 Since its last raise, NowRx has significantly sped up growth in the Bay Area where it was originally established. With each funding round, customer acquisition has increased. In addition, the team has opened two licensed micro-fulfilment centers in the Bay Area. A third facility in Orange County has also been leased. Retention rates are also high, with 86% of users claiming that it is “extremely likely” that they will use NowRx again. High satisfaction rate ground proof-of-concept before continuing geographic expansion.

NowRx remains a Top Deal. Since we first rated this deal, the company continues to grow and significantly increase both revenues and margins.

Despite the fact that the valuation has gone up significantly, the continued increase in revenue, gross profit, and general traction derisk a potential investment. In addition, the team has clear plans to scale geographically, at which point it can be safely assumed that general profitability will follow en suite.

This is not to mention the strong team and impressive investor backing. CEO and founder Cary Brees, a seasoned entrepreneur that helped found a $50M VC fund, has stayed with the company. As has Co-Founder and CTO Sumeet Sheokand, who boasts plenty of prior management experience. In addition, since we last covered NowRx, Ulu Ventures, an early-stage, IT-focused, fund based in SF has come on board.

Finally, acquisition in the space is definitely possible. Since we last covered NowRx, PillPack was acquired by Amazon for $1B. Continuing to accumulate a customer database for the training of algorithms makes NowRx even more valuable from a data and software standpoint and could very well be bought up solely for one or both of the latter mentioned features of the service.

This is a company that is raising capital and executing on that capital in an efficient and focused manner. These types of results driven by clear market demand and experienced management execution make this a continued exciting investment opportunity.

Thank you for your vote on NowRx on SeedInvest

Thank you for your vote on NowRx on SeedInvest