In honor of Martin Luther King Jr., his values, and his goals, we are dedicating today’s Chart of the Week to minority founders.  Venture capital and private equity spaces have long been known for being dominated by white men. While some progress has been made through awareness, dialogue, and funds (like Backstage Capital) dedicated to minority founders, this lack of diversity still largely remains today.

But one of the best ways to help create change is to maintain awareness. To that end, let’s examine funding and deal flow for startups with minority founders in 2022. 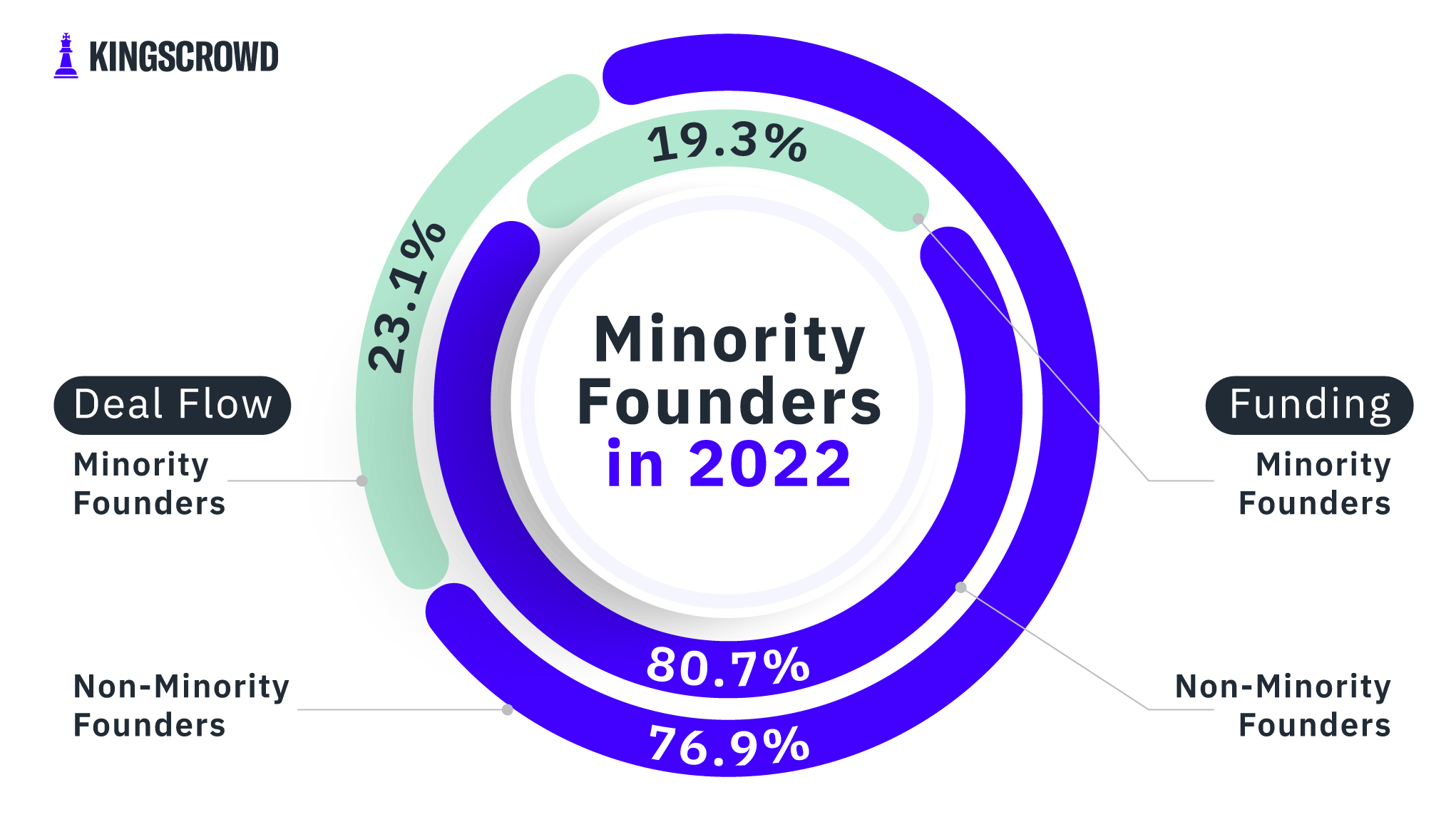 We have confidence that online startup investing will continue to be more inclusive than traditional VC funding opportunities for minority founders, especially as trends lean positive. However, this data does indicate that there is a substantial difference in both representation and funding when comparing Reg CF and Reg A raises. Since Reg A raises tend to be used by more mature companies and often target accredited investors, it may be that some of the biases from VC persist in them. Hopefully as more founders turn to equity crowdfunding, the funding gap between minority founders and white founders will shrink.

In this episode, Chris Lustrino welcomes Alex Ovchar, a lead… ...

Finding the Hottest and Coolest Industries by Burn Rate

In this Chart of the Week, we identify which industries… ...

Starting June 1, 2022, KingsCrowd is restructuring and simplifying our… ...