This week, I turn my attention to a sector that you could say has been in the news the past several weeks – Medical, Health, and Well-Being. As in weeks past, keep in mind that all 2020 data is still incomplete, so statistics might skew lower than prior years.

The Medical, Health, and Well-Being sector has been fairly steady over the past few years when it comes to offerings. Currently, it looks on pace to hit a similar number in 2020. This is a potential indicator that the success of firms through equity crowdfund raises has neither scared firms away nor led firms to jump into the mix. 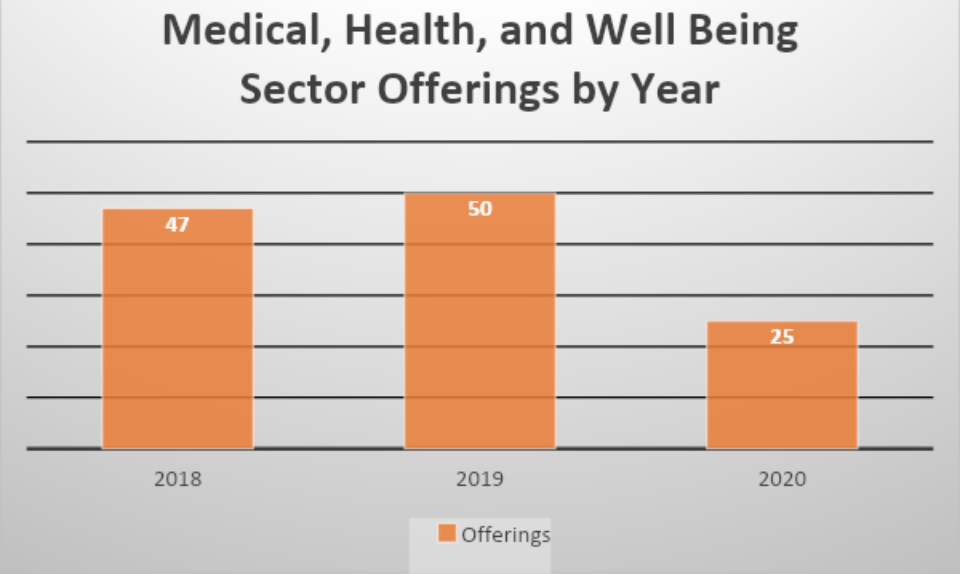 The Medical, Health, and Well-Being sector provides us an interesting pattern in round minimums. While the overall average appears consistent with what we have previously looked at, how they get there is certainly different. There was a significant dip in offering minimums in 2019. But those amounts climbed right back up to their 2018 levels in 2020. We will talk further about this below, but the offering amounts don’t appear to be impacting success rates. This pattern is hard to explain, especially given the downward trends we have seen across other industries. 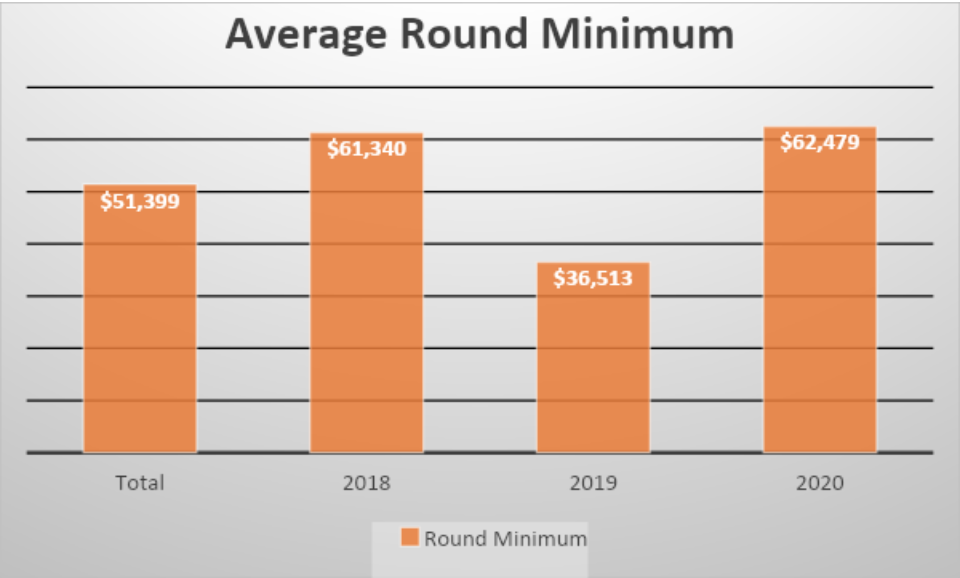 Despite 2019 seeing round minimums at $25,000 less than 2018, the success rate increased by only 4%. The 2020 offerings have a chance of climbing to prior year levels as well. So it doesn’t appear that minimums are having a significant impact here. And this is one of the higher success rates across the board, which is good to see for the range of offerings in this sector, as many are bringing new technologies and innovations to the marketplace. 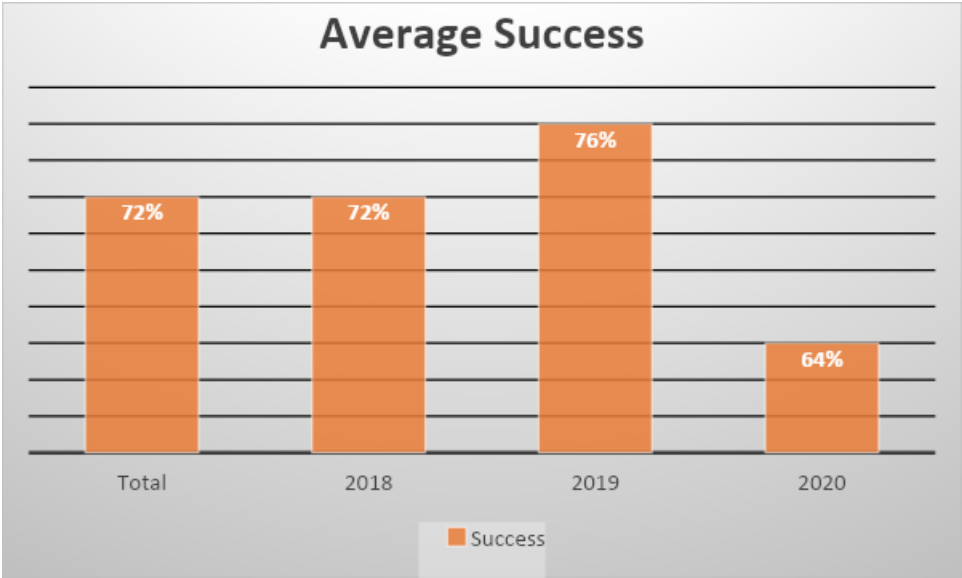 The average amount raised over the past three years has declined (despite the increase in success rate in 2019), and 2020 still has some room for improvement. It is a possibility that the decrease in 2019 amounts are a function of the lower round minimums, but it is hard to specifically attribute this slight dip to that change. There are also 15 offerings that remain Active that launched in 2020 (with 4 launching in the past 2 weeks), so I would anticipate the 2020 average to rise as the year progresses. 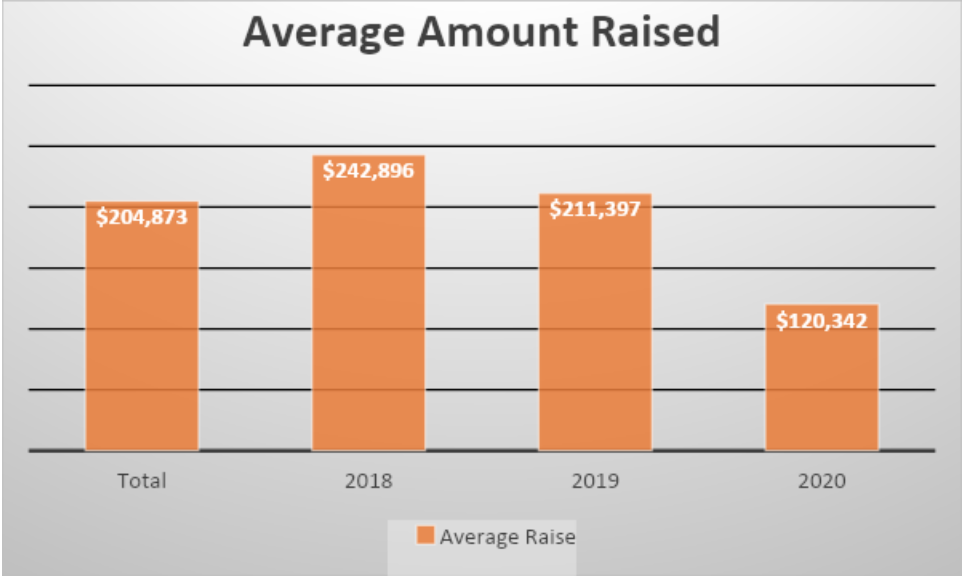 In contrast to the pattern with amounts raised that we looked at above, 2019 saw an increase in investors despite a decrease in amounts raised. And 2020 appears poised to continue this trend, though as discussed above, the 2020 average raise should increase as the year goes on. What this tells us is that we are seeing more people getting involved in these offerings, and with the current state of the world, we may see even more people willing to invest in firms bringing innovation to the medical world. 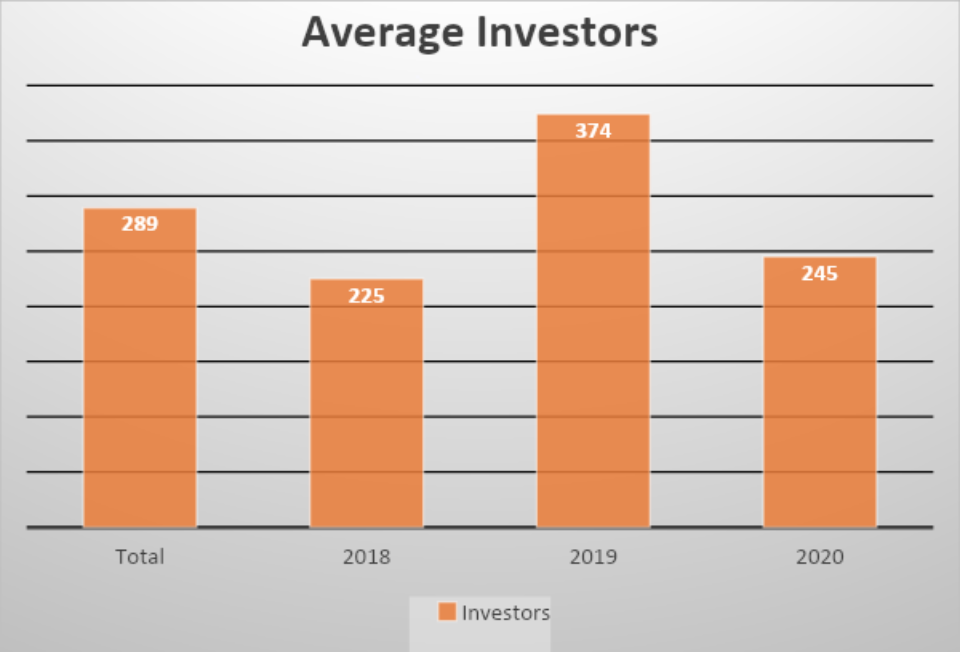 In this next section, I break down where the Medical, Health, and Well-Being offerings have positioned themselves on the various offering platforms, in total and by year. 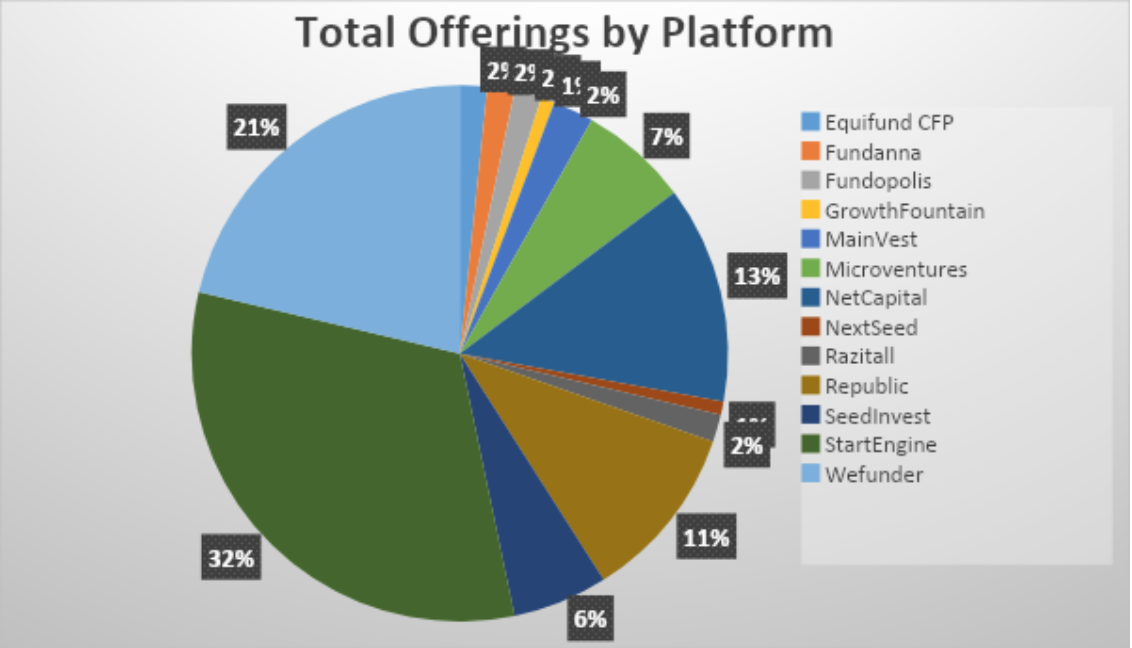 Stop me if you’ve heard this one before…StartEngine and Wefunder carry the majority of the market when it comes to the Medical, Health, and Well-Being sector, with only two other companies crossing into double digits (Republic and NetCapital). After you see this enough, it’s fair to say that whatever the industry, a platform hierarchy definitely appears to have formed for RegCF firms. 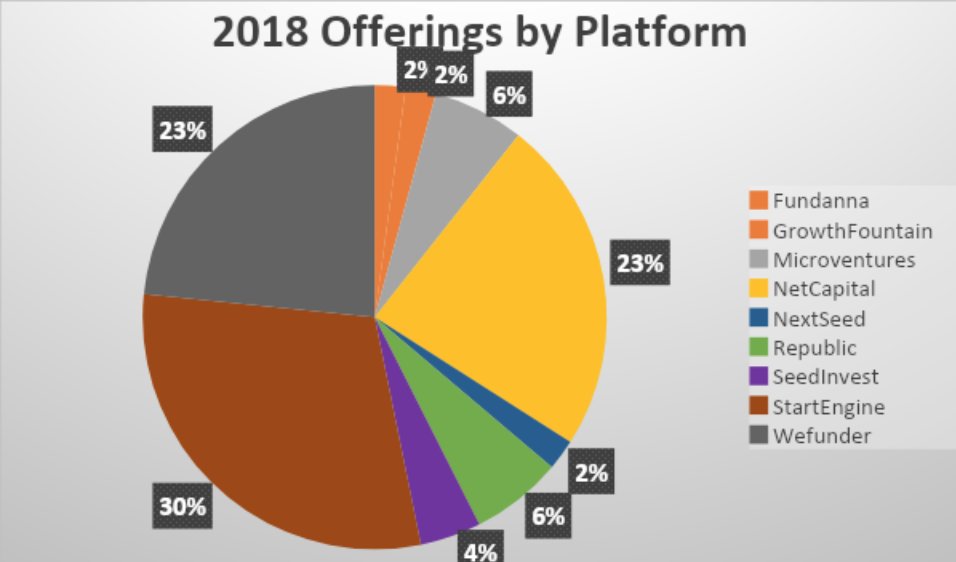 There is not too much to say here outside of what was said above, other than Republic had not really found its foothold yet in this market in 2018. 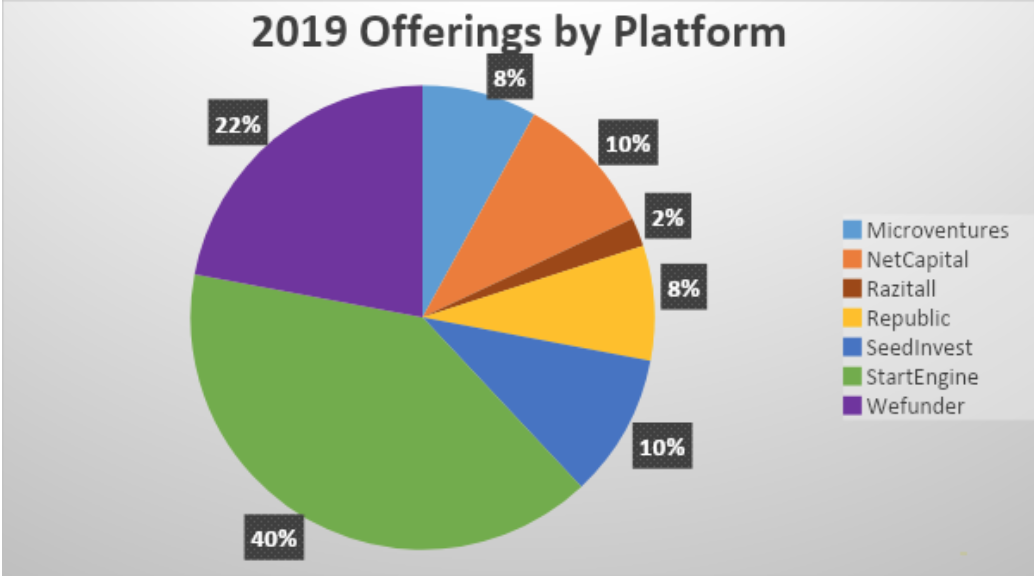 In 2019, StartEngine and Wefunder again take over 60% of the market share, followed by Net Capital, SeedInvest, and Republic. The interesting thing to note here is that despite an increase in offerings in 2019, the overall number of platforms decreased, showing a slight consolidation in the market. 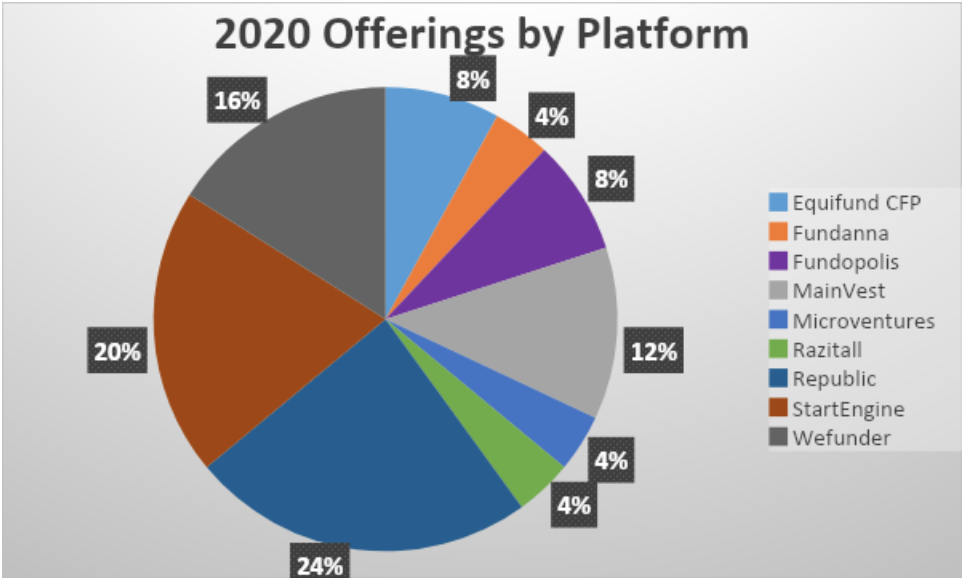 That consolidation we saw in 2019 has reversed so far in 2020, with a return to offerings over nine platforms so far this year and some new platforms entering the mix (Equifund, Fundopolis, and Razitall). Republic, at least so far, has also taken the market share for the year, with MainVest also cracking the top four.

Lastly, some statistics on the financial data for some of the companies raising capital through Reg CF. This information is obtained directly from a company’s SEC Form C filing. Information has not yet been collected for 2020.

As may be expected, a lot of companies raising money through Reg CF are still in their early stages, and have not yet turned a profit. Similar to prior weeks, 2019 saw an increase in net losses experienced by these firms. When you think of this sector, you think of spending on research and development of new technologies, treatments, and innovations. Those efforts are expensed immediately under the accounting standards, so losses early on are potentially indicative of spending that will result in new patents or IP. So I would not be immediately turned off by a net loss here, but would prefer to see this trending the other direction. 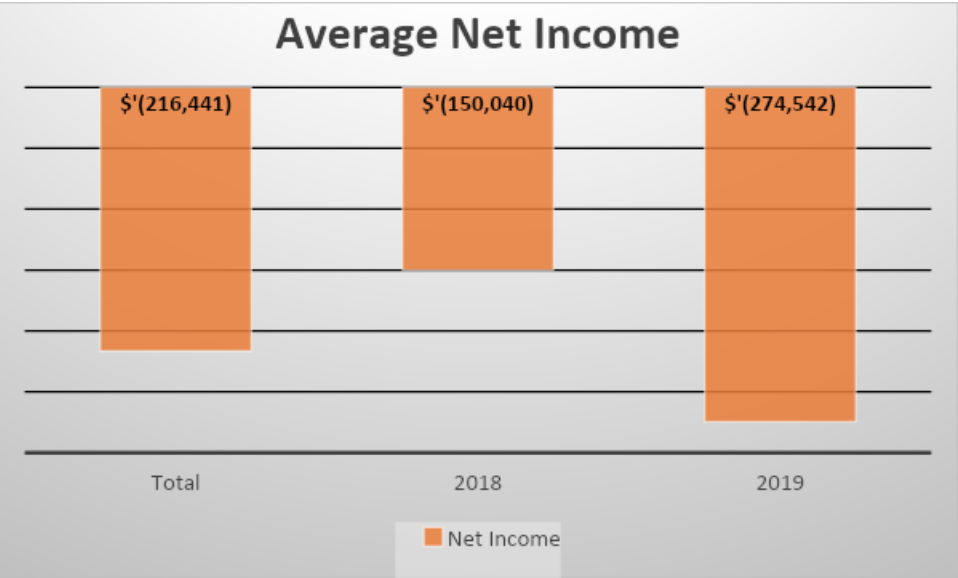 Contributing to the dip in net income we see above is the drop in revenues of nearly $400,000 from 2018 to 2019, a trend that is slightly concerning. This is even more concerning when you factor in that this number is being boosted by two offerings generating over $11M in revenue. Excluding these two outliers, this number drops to $37K. A similar exclusion of outliers in 2018 brings revenues down to $354K, so the downward trend is still apparent and concerning. Before jumping into any of these offerings, it is important to evaluate the company’s revenue projections, especially if they are still in a pre-revenue stage. 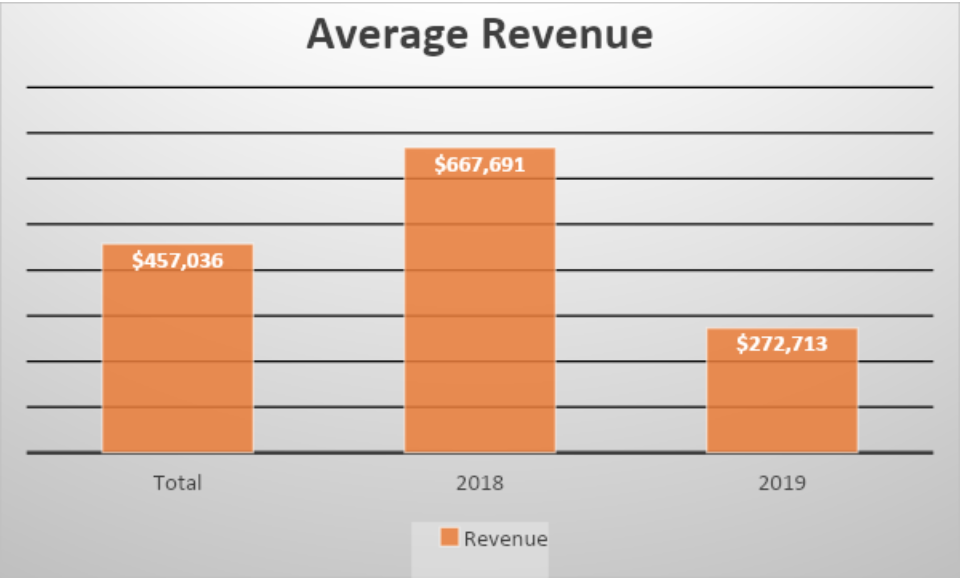 Some Medical, Health, and Well-Being firms KingsCrowd is looking at:

Cornbread Hemp – A Deal to Watch

ARdVRk – A Deal to Watch

The Ideal Investor From A Stats Point Of View

Over the last few of these write-ups, we’ve looked at… ...

A Toast to the Alcohol Startups of 2022

We break down investments in the food & beverage space… ...