Interest in vegetarianism, veganism, and other plant-based diets is surging across the globe. Whether for environmental reasons, religious practice, health concerns, or otherwise, this trend away from meat consumption has prompted the rise of plant-based alternatives and other health foods. In fact, Los-Angeles based Beyond Meat had one of the most successful IPOs in 2019, with stock prices surging 163%. 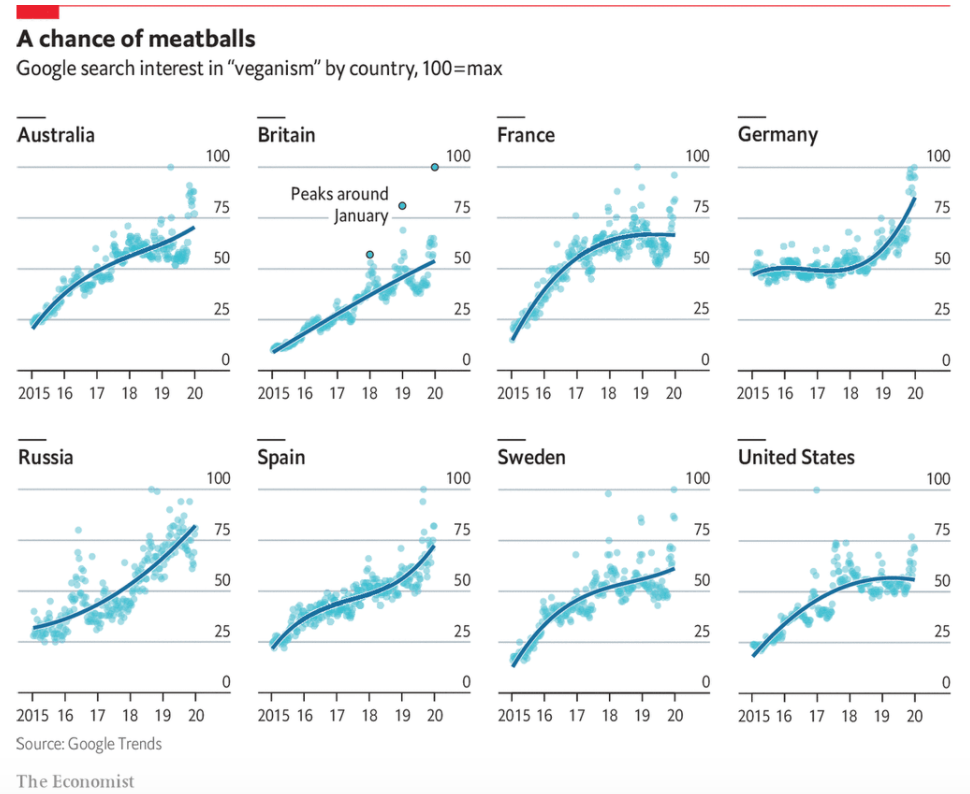 This trend, however, is not unique to the public markets. In fact, we have seen several plant-based alternatives and health-conscious food startups make a splash in the online private markets. And we expect to see this trend continue into 2021.

Some more recent raises include:

Akua is a meat-alternative company that uses ocean-farmed kelp to make nutrient-dense, sustainable, and regenerative food. The current raise on Republic already has more than $500,000 committed. The Akua product line currently consists of kelp jerky, kelp paspa\sta, and — most recently — a kelp burger. Not only are the products vegan, they are free from all eight major allergens. The kelp jerky, which comes in several flavors, has 10G of fiber, 10G of protein, and 70% of the daily value for iron. Since launching in 2019, Akua’s kelp jerky has been named to Time Magazine’s Best Inventions of 2019 and one of Fast Company’s World Changing Ideas for Food in 2020.

Akua was rated a Deal To Watch by the KingsCrowd investment team.

Already a popular superfood in Australia, sprouted buckwheat plays at the intersection of many macro trends by offering taste, texture, and nutrition. Lil Bucks’ founder Emily Griffith designed the products and brand to introduce America to the “lil’ super-seed with huge benefits.” Lil Bucks is just getting started, with two product lines in its buckwheat portfolio — Lil Bucks Sprouted Buckwheat Crunch and Clusterbucks Buckwheat Granola Clusters. In responses to questions from investors, Griffith explains she and her team are committed to keeping their entire product line both vegan and gluten-free.

Lil Bucks was rated a Neutral Deal by the KingsCrowd investment team. Griffith’s Founder Profile can be found here.

Billion Vegans aims to become the world’s largest online marketplace for plant-based and vegan products, with over 6,000 products and more than 300 sellers. It is a one-stop vegan shop with products ranging from food, fashion, cosmetics, and wellness to home goods and pet supplies. The company has also pledged to donate 10% of all profits to vegan organizations. Founder Alon Hochberg already has two acquisitions under his belt.

Billion Vegans was rated a Deal To Watch by the KingsCrowd investment team.

Vegan Fine Foods is an all-vegan store for groceries, health and beauty care, and prepared foods. Vegan Fine Foods opened its flagship store in Fort Lauderdale, Florida in 2018. The company was founded by Steven Smith and raised $711,381 in its most recent funding round. Unfortunately, this deal is already funded, but it undoubtedly contributes to the plant-based trend.

Vegan Fine Foods was rated a Top Deal by the KingsCrowd investment team.

The newest online equity crowdfunding campaigns from across 20+ platforms. ...

KingsCrowd has collected the latest equity crowdfunding deals into one… ...

Interest in vegetarianism, veganism, and other plant-based diets… ...