The Success of Female Founders in 2021

Venture capital and private equity spaces have traditionally been male-dominated, but we are starting to see a shift in leadership and the recipients of capital. In honor of Women’s History Month and International Women’s Day, we have been highlighting female founders in online startup investing. Previously, we looked at overall funding for female founders in 2021, the top industries for female founders, and which platforms had the highest percentage of female founders.

Today we wanted to see how well-represented female founders were in successful funding rounds from 2021. A funding round is considered successful if it managed to meet or exceed its investment minimum before reaching its close date. Startups that don’t meet their minimum in time do not receive any capital from investors. This Chart of the Week looks at the percentage of successful rounds raised by female founders in 2021. 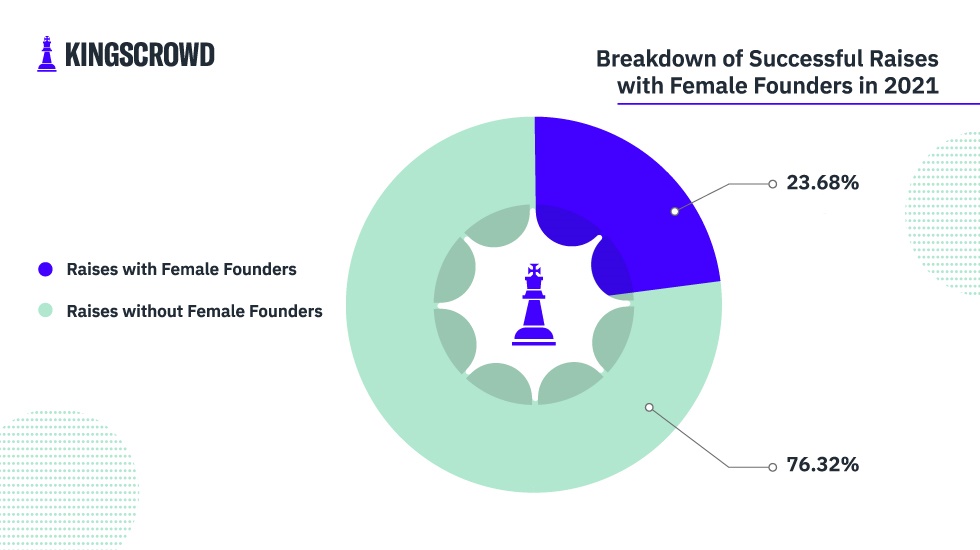 In 2021, we saw 1,229 successful raises. Out of that, 291 raises had female founders. Nearly a quarter of all successful funding rounds in 2021 included teams with female founders. Considering that only 6.6% of 2021 venture capital deals featured female-only founding teams and 18.8% featured mixed gender teams, online startup investing continues to outperform traditional funding methods in supporting underrepresented founders. This progress should be highlighted and celebrated.

In past Chart of the Week articles, we have seen that Regulation Crowdfunding has proven to be more inclusive than traditional venture capital for founders. In being more deliberate about funding allocation and valuing diversity of thought within teams, it is likely that a larger percentage of successful rounds will be raised by female founders in the near future.

The latest equity crowdfunding deals from across more than 20… ...

What is an Accredited Investor?

An aggregated list of the newest startup crowdfunding campaigns from… ...