What is the JOBS Act? - KingsCrowd Skip to content
KingsCrowd launched new memberships on June 1.
Click here to learn more

What is the JOBS Act?

As you likely know if you have found your way to the KingsCrowd website, you have the freedom to invest in your favorite startups. You might be wondering why this is. It wasn’t too long ago that there were more restrictions on investing in alternative assets in the US.

For this you can thank the Jumpstart Our Business Startups Act or JOBS Act. The JOBS Act was passed by Congress and signed into law in 2012 by President Obama. The JOBS Act was enacted to reduce barriers to capital formation, especially for smaller companies. The Act has multiple pieces, or Titles, that tackle different parts of investing, especially crowdfunding.The relevant pieces:

Title II (Reg D 506(c)): Title II, or Reg D 506(c), is a new exemption that, like it’s relative 506(b), allows startups to raise an unlimited amount of capital from accredited investors, with the main difference being companies offering under 506(c) can advertise their raise to the public and raise it online.

Title III (Reg CF): Better known as Reg CF is an exemption that allows companies to raise up to $1.07M a year online from both accredited and non-accredited investors, up to a limit, each year, every year.

Prior to this law, only accredited investors had these privileges under Reg D 506(b). According to the SEC, this is about 10% of American households, though other sources report the number to be far less. 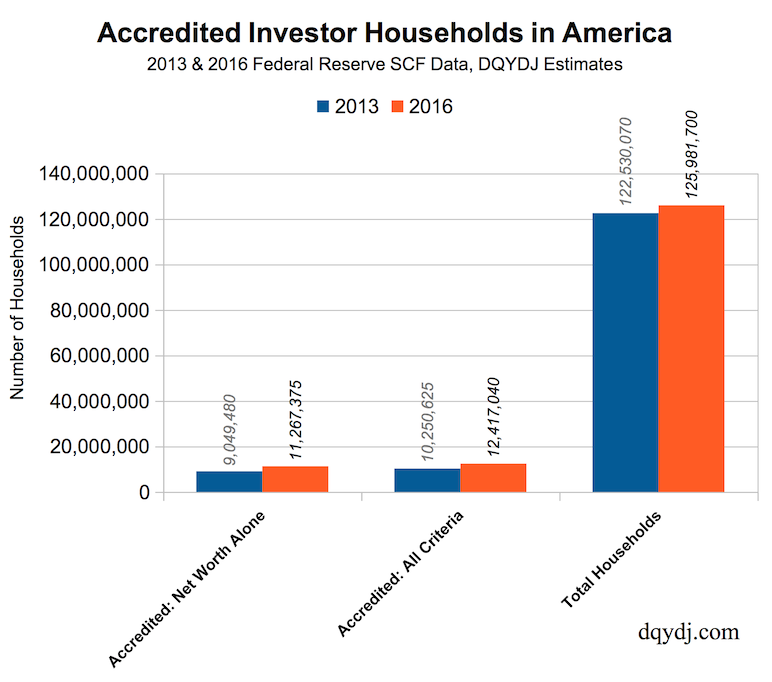 The JOBS Act opens up investing in private companies to those that don’t meet the above criteria, or are unaccredited investors. At KingsCrowd, we cover deal flow for both accredited and non-accredited investors, so no matter who you are, you can make the most of your money. If interested, you can subscribe to KingsCrowd here.

As you likely know if you have found… ...

As you likely know if you have found… ...