What’s the Difference Between Series A and a Seed Funding Round? - KingsCrowd Skip to content
KingsCrowd launched new memberships on June 1.
Click here to learn more

What’s the Difference Between Series A and a Seed Funding Round?

When raising capital for a startup, it pays to understand the different stages or “rounds” of investing that exist. The most common funding round types for early-stage equity crowdfunding startups are the Seed Funding Round and the Series A Round of Funding.

While both eventually give the investor equity in a crowdfunding startup, there are key differences between Series A and Seed Funding rounds that all equity crowdfunding investors should understand before investing.

What is Seed Funding?

A Seed Round refers to the earliest investments in what will hopefully be a fast-growing startup. Remember the story of a venture capitalist who wandered into Steve Jobs’ garage and gave he and Steve Wozniak $250,000? That was what basically what we know as a seed round.

What you’re doing as a Seed Round investor is “seeding” a newly formed company with the initial money needed to develop the product, conduct market research, and nail down just exactly what the startup will do. This is also typically when an MVP (minimal viable product) is developed and if necessary put into production.

Since valuing any startup at this stage is difficult, many seed investors will utilize a convertible notes, that eventually converts to equity in the company once a provable valuation is attained and a certain funding round occurs. You may also see some businesses conduct a priced round where they decide on an exact value of the company and allow you to buy common shares of the organization.

Either way, the idea is to invest small dollar amounts in businesses at the most risky point of their development but share in the largest upside by investing at the lowest valuation of the company.

What is Series A?

Going back to our Apple example, it wasn’t long before Apple raised a larger sum of money. This was Apple’s “Series A” and allowed them to raise $518,000 (at a pre-valuation of $3 million) from a short list of well-connected venture capital investors including Venrock, Sequoia, and Andrew Grove the COO of Intel. 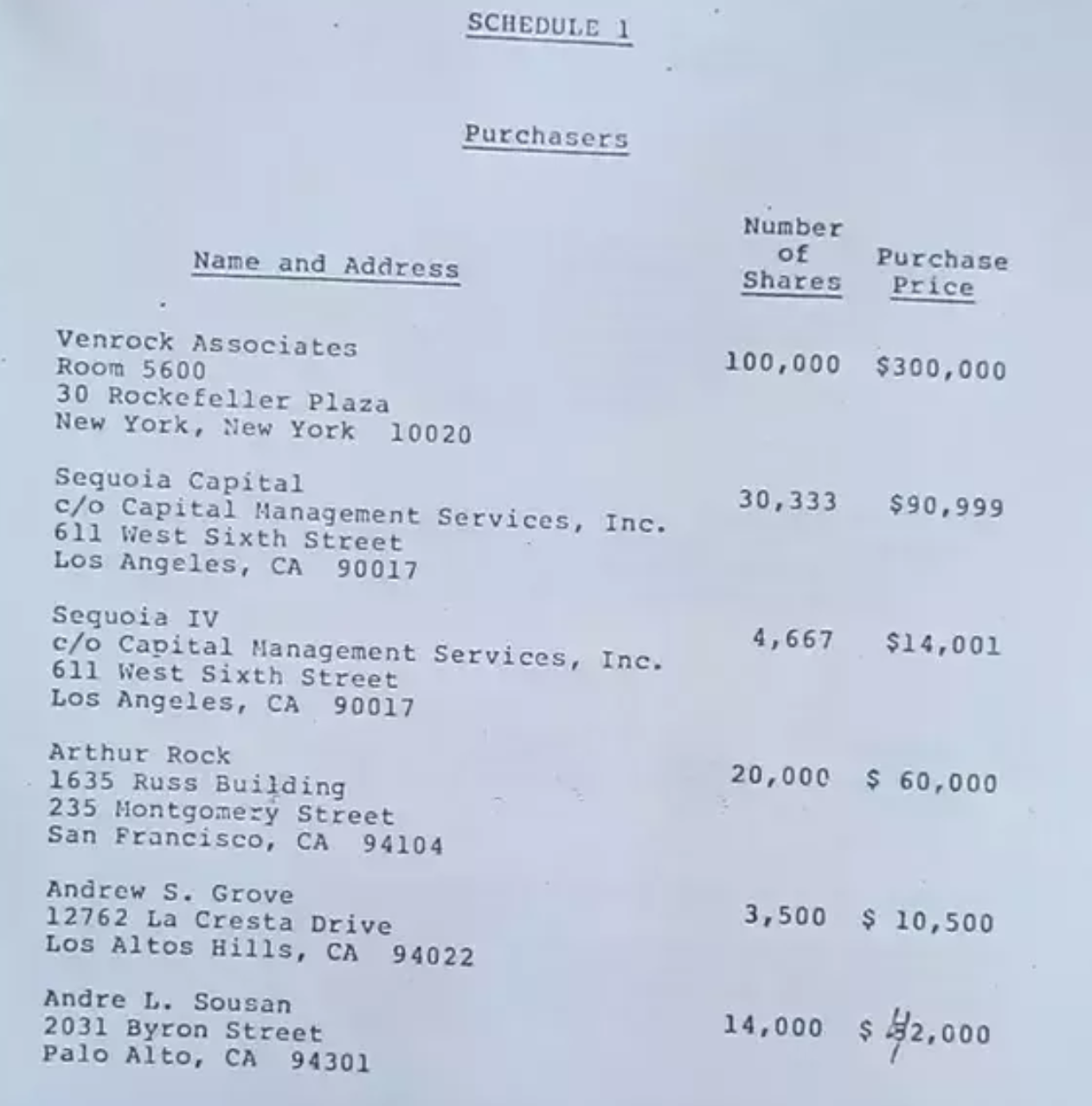 A Series A round is typically the first funding round where the startup is a “real company” as opposed to the Seed Round which helps nail down key details and build the product. This is what happened with Apple: their seed round allowed them to build a prototype whereas before the “Two Steve’s” were tinkering in a California garage. Once an early Macintosh prototype had been built, they were able to take it to their Series A investors.

Funding rounds and you

Early-stage venture investing has come a long way since the 1970s and rounds have become bigger and the nuances of each stage have grown in complexity. Nonetheless, the same basic principles hold. Seed investing is about building product and trying to find early traction. Series A is about trying to get your product to market at scale.

Now with equity crowdfunding you have the opportunity to partake in becoming an investor in the seed and series A rounds of startups. When deciding what to invest in, we think that focusing on a startup’s product and target market can help vastly increase your investment success rate.

Invest where you believe in the product has an honest shot at success and in management that can deliver on what they set out to do. By doing these things, and armed with the basic knowledge of funding rounds and terms, you too can join the crowd of successful equity crowdfunders.

How to Decide Your Investor Strategy

Before you begin making startup investments, it's important to determine… ...

All the latest equity crowdfunding campaigns from 20+ online platforms. ...