Where Are Female Founders Raising Capital?

Last week we celebrated International Women’s Day. As part of our series highlighting female-run investment opportunities, this week we broke down the percentage of deals with female founders across the top five platforms for new deals in 2021: Wefunder, StartEngine, Republic, Netcapital, and SeedInvest. In 2021, female-founded companies received 2.1% of traditional venture capital (VC) funding. But what about deal count? In 2021, 6.6% of all new deals that came across venture desks were female-founded companies. And less than 20% of VC deals had mixed gender founding teams. 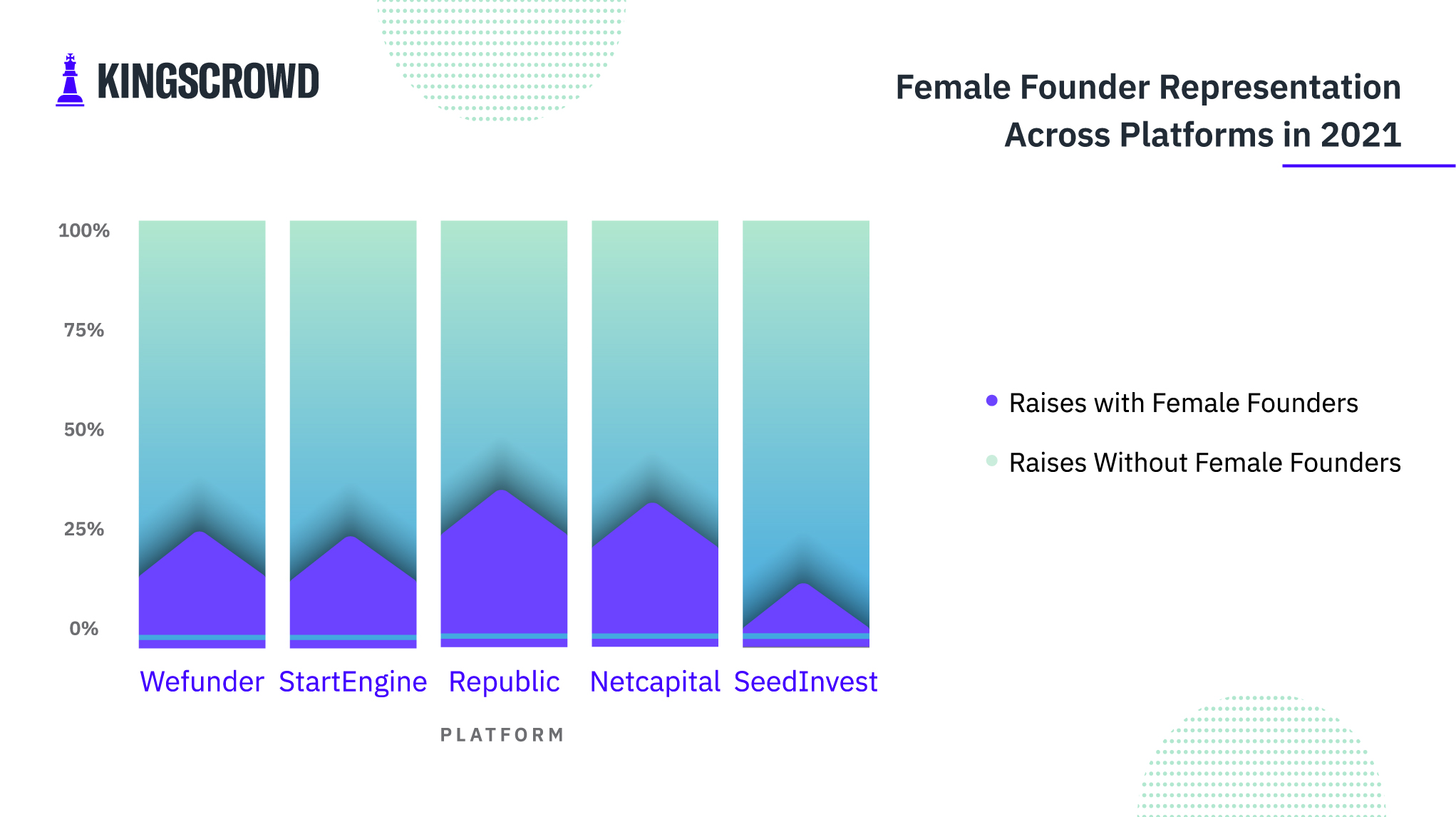 While this is far from an even split, it is a step in the right direction for those looking to amplify underrepresented entrepreneurs and ideas. In fact, Republic makes it easy for investors to find female-led startups with tags at the top of each raise page. KingsCrowd’s company search tool also has a feature to filter by female- and minority-founded opportunities, no matter the platform.

Despite investments in female founders actually declining year-over-year in the venture world, both the crowdfunding space and venture capital are seeing an increase in female-led deals available. Thus far in 2022, female-founded investment opportunities made up 7.4% of all new venture-backed deals. For online startup deals, there are currently more than 150 active deals with female founders!

KingsCrowd has gathered newest equity crowdfunding deals from across 20+… ...