Of The North Beverage International on Razitall - KingsCrowd Skip to content
Become an owner of KingsCrowd.
Invest Today!

Of The North Beverage International

Not Funded
% of Min. Goal

Logos provided by Clearbit
Of The North Beverage International
Location

""The Secret To Perfect Beer Is Perfect Water". BOREALIS is produced exclusively from harvested icebergs off Canada's northeast coast ..."

Today, we are taking a close look at a new startup on the Razitall platform – Borealis Rare Iceberg Beer. Borealis is being marketed as the “True Beer of the North” with the founders saying that they have made the perfect beer from perfect water. That is, water harvested from Canadian icebergs. The mineral-free water of the icebergs is considered to create smooth and refreshing beer.

To their credit, Borealis has an efficient production plan and has secured relationships with retailers, distributors, and clients across its initial Asian-target market. Management reports on its offering page that the response in Hong Kong, Thailand, Taiwan, China, Singapore, Japan, and Australia, has been beyond expectations. The company also plans to spread itself in the European and North American markets in the future as well.

In spite of the high-quality production mechanism and an excellent vision, we have a few concerns regarding the future potential of the company.

The most significant is the beer market itself. We have no doubt that the beer’s taste is unmatched and that water form a Canadian iceberg does indeed make for a refreshing taste. The trouble arises one once considers that the market for craft beers is highly saturated.

At the same time, it is not yet clear and documented whether the iceberg water makes a huge difference to the taste or not. Borealis has a strong competitor in Quidi Vidi Brewing Company. Quidi, too, uses water from icebergs of Newfoundland and Labrador to brew its beer. Despite this draw, Quidi has failed to gain renown.

Below we review the drawbacks of Borealis Rare Iceberg Beer in terms of the concerns that we have with its ability to return rewards to investors.

1. Late to the party

There’s no other way to say it: craft beer has been a booming market. Unfortunately, as its most recent entrant, Borealis seems to be trying to catch what is now a decade-long trend.

Craft beer is available everywhere in the US and Canada and the only way a new company could surpass the existing leaders is through uniqueness. Even then it can be challenging.

To get a real picture, consider the number of breweries in existence in the US each year since 2012:

With more than 6,000 breweries as of year-end 2017, the market is highly saturated. At the same time, due to competition, many breweries keep closing each year only to be replaced by still more. In our view Borealis is late to the Craft-beer boom. 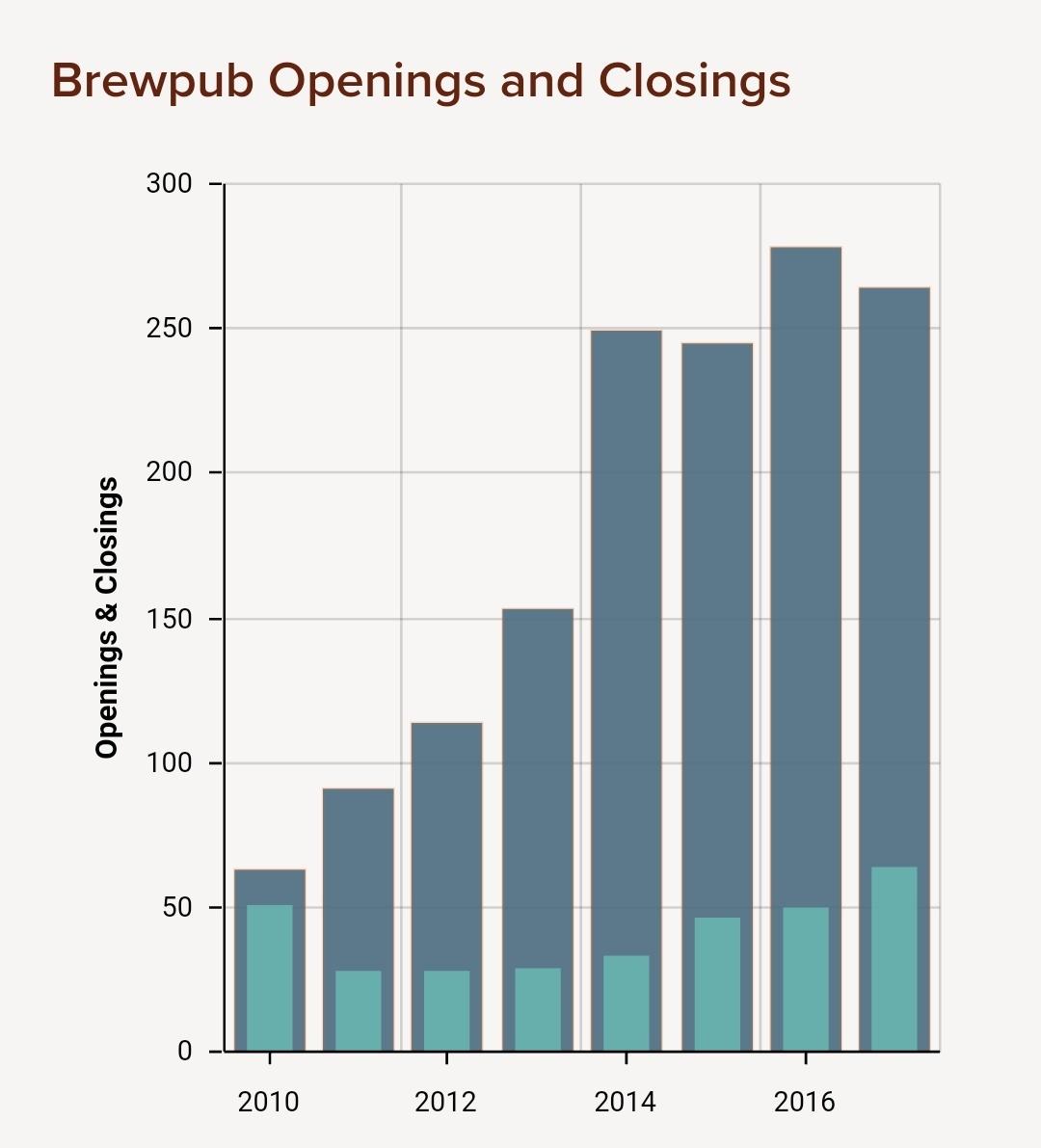 Unfortunately, we are not convinced that Borealis’ uniqueness claim is strong enough to break through the “noise” of a boisterous craft brewing market.

What makes Borealis different from the other breweries is the iceberg water. It is, of course, a pleasant thought to have beer made from untouched waters of 150,000 year old icebergs. But will it be enough to help it go mass-market? We are left to wonder.

Borealis founder Ron Stamp has 35 years of experience in international sales and marketing – not brewing. We enjoy a good marketing campaign as much as the next person, but we are left to wonder if Borealis has what it takes to win over craft-beer enthusiasts while many other founders, notably Boston Beer founder Jim Koch, are “brewers first and marketers second.”

As one beer rating site put it:

“Borealis Rare Iceberg Beer smacks of a gimmick. This is sold as a pilsner and, indeed, the only thing this beer has which makes it different is the iceberg angle. The brewery makes only this beer, and I can’t even see it for sale in its native North America.  It’s a plus to have beer brewed from clean and untouched waters, but you can also say that taking the trouble to secure water from 150,000-year-old icebergs only to have them used in an inspiring beer is a waste of precious world resources.” – Doug’s Beer Republic

We are assigning an underweight deal rating to Borealis Rare Iceberg Beer.

The company will have to spend a fortune on marketing itself to set itself apart from the other players in the market. This assumes the market accepts it as more than just a marketing ploy.

Even if they become successful in creating consumers, retaining them will be an uphill task because the uniqueness claimed through the taste and purity of iceberg water may not be enough to differentiate the beer from others.

It’s important to keep in mind that there are thousands of craft breweries the world over. This, coupled with the company’s lack of financial results or of solid future projections, makes this deal one we will pass on until seeing actual distribution success via the high end market it claims to be pursuing internationally.

If you have any questions regarding the underweight rating of Borealis Beer, you can reach us at hello@kingscrowd.com.