Crowdfunders Are Getting a Better Deal Than VCs - KingsCrowd Skip to content
Become an owner of KingsCrowd.
Invest Today!

Crowdfunders Are Getting a Better Deal Than VCs

How much equity a founder owns in a company — also known as founder ownership — is an important, but easily overlooked metric when assessing an investment opportunity. Founder ownership is important because it aligns their success with that of the company’s. If a founder has little-to-no equity in their startup, then they may not be as incentivized to continue growing the company as their end payout will be limited.

So how does founder ownership shape up with equity crowdfunding? We examined the average percentage that founders own across all Regulation Crowdfunding and Regulation A rounds from the beginning of 2021 through mid-August 2021. To provide further insight, we split early stage and growth stage companies apart. 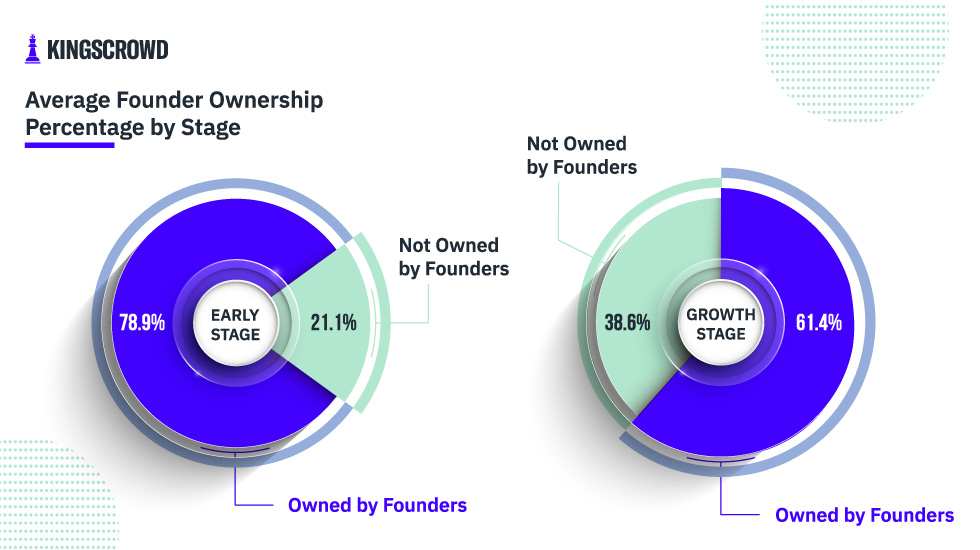 What is surprising, however, is early stage founders in the online private markets owning less equity than those that use venture capital (VC). VC-backed founders generally sell around 15% of their ownership stakes in seed rounds, with 20% being the maximum. That means they own between 80%-85% of their companies. While that 1-5% difference isn’t much, it’s a surprising result nonetheless.

Sam Altman of YCombinator suggests giving up no more than 30% of a company in or after the Series A. Given our data, it looks like the founders of growth stage startups are regularly selling more than 30% of their companies. It’s surprising that founders pursuing online crowdfunding are offering so much more of their companies than is standard in the realm of venture capital. However, it’s also a boon for retail investors who are being given greater opportunity to invest in exciting early and growth stage companies.

This Chart of the Week examines revenue-to-valuation multiples across industries… ...

Here are the latest equity crowdfunding raises begun this past… ...