I watched Hamilton last weekend. It was inspiring. 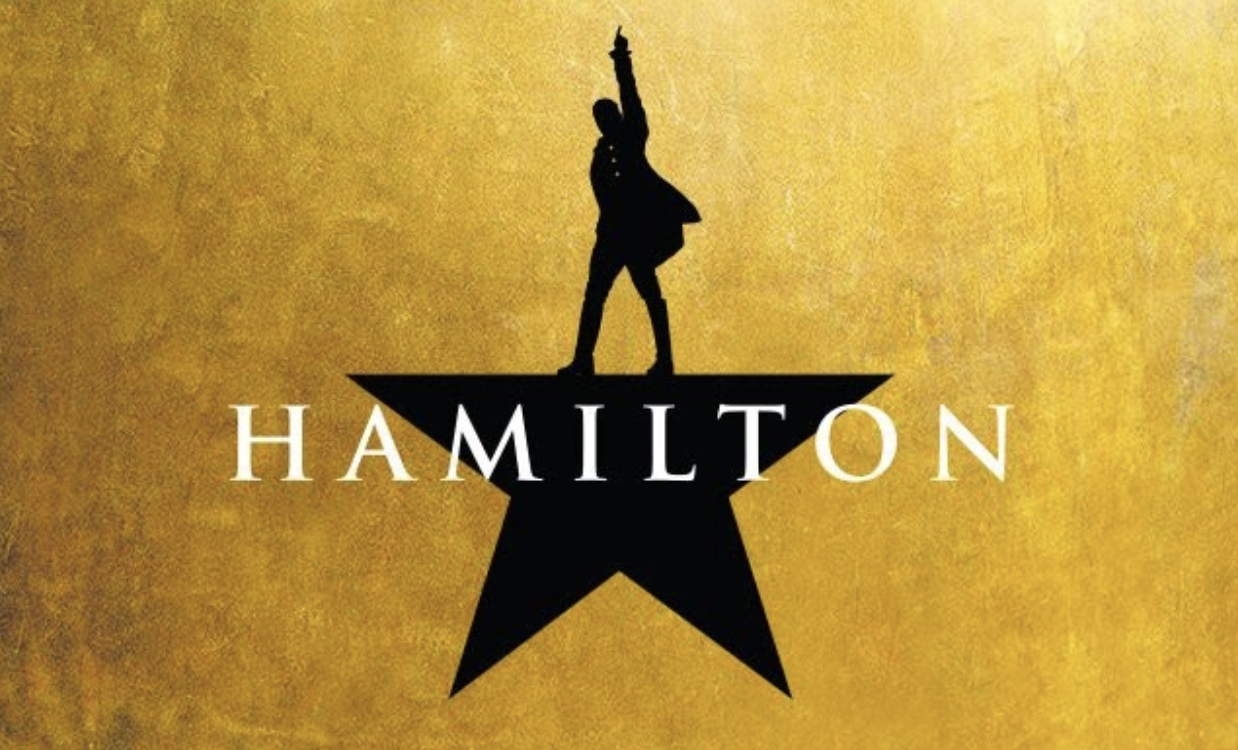 The late eighteenth century was an explosive time in world history. The American Revolution in 1776, the French Revolution in 1789 — ordinary people, previously disenfranchised, rising up to overthrow colonial / monarchical / aristocratic rulers, and turn the world upside down.

For several decades, America (and other developed countries like my home nation the United Kingdom) has been moving in the wrong direction for ordinary people. The rich are doing very well. The top 1% are amassing a growing concentration of wealth. But the median American’s wealth has been flat over the last 30 years. And the bottom quintile of Americans have lost wealth during that time. American life expectancy has been declining over the last few years. Suicides are up. 50 years ago, your children were statistically extremely likely to be better off than you financially. That is no longer the case.

You can argue the causes. People on the Left will say Reagan had a lot to do with it — that trickle down is not working. You would expect the innervation of unions to result in slower wage growth for the average worker compared to the CEO. We enervated unions. Then the average worker’s wage growth started to stagnate vs. the CEO’s. Go figure. People on the Right will say that automation and the rise of the BRIC economies are the culprits, and the current situation would have been even bleaker had it not been for economic deregulation and liberalization over the last few decades.

But about the only thing that the Left and the Right can agree on right now is that the system is not working for most Americans. Trump said he needed to MAGA precisely because America was not great in early 2016.

This status quo is grounds for revolution. Historically, when ordinary people were screwed over for so long, they took to the streets, manned the barricades, demanded and secured a new order. Angry Birds (and other things) might make such violent protest less likely in 2019. But revolution can come in other forms. In one sense, we’re already in the early throes of revolution. Trump is President. In the UK, Brexit is (maybe?) happening. But the American and French Revolutions were processes, not singular events, and we need to keep that process rolling right now.

We need revolution throughout our economy and society. Tax policy needs to start working better for ordinary people, and start working worse for rich people and corporations (for example, billionaires should probably pay some tax). We need to pay teachers more to recruit and retain more and better ones. It doesn’t make sense that Ivy League endowments are spiraling so dramatically. Americans are currently financially deterred from seeking pre-emptive medical care. That’s insane. And for a “capitalist” system, bizarrely perverse incentivization. Campaign finance, incarceration and criminal justice, immigration, housing, social security, voter registration, the list goes on.

We will know when the revolutions are starting to work when median income and wealth start to rise faster than income and wealth for those at the very top. Or when they start to rise at all. When life expectancy starts increasing, and the suicide rate starts to dip. When urban blight and rural decay are arrested and reversed. We will see it in the metrics. And, as with pornography, “we will know it when we see it”.

The Revolution in Investing

At the risk of sounding like every CEO on the TechCrunch Disrupt stage in HBO’s TV show Silicon Valley, at Wefunder, our contribution to the revolution is focused on investment in entrepreneurs.

I don’t know much about education, healthcare, campaign finance or criminal justice reform. But I know a little about access to capital for small business owners and startups in America. And the trends here mirror the broader trends I mentioned above. The rate of entrepreneurial activity in America (e.g. # of businesses started per capita per year) is very low today, especially among younger generations. There are many reasons for this. But paucity of access to capital is an important one. Banks are not lending to startup businesses. I think they used to? Non-profit alternative options (e.g. CDFIs) remain under-resourced and small.

But however bad the picture is in aggregate, it’s much, much worse when you disaggregate it. African American entrepreneurs accounted for 2% of commercial loan volume in the last stats I saw, and only 1% of venture capital investment. Women-only founder teams received 2% of VC funding last year, compared to 79% for male-only founder teams. California, New York and Massachusetts account for 77% of venture capital funding. The remaining 47 states get 23%.

Let’s say you’re a Latina founder starting a social enterprise. Your network doesn’t have much wealth (see macro-economic trends above), so it’s harder for you to go friends and family to raise the seed capital you need. You didn’t get help from your parents to buy a house in your 20’s, so your credit score hasn’t been boosted by your mortgage payments (in fact, you’re probably more likely to have incurred a bad credit card debt in college), and so it’s harder for you to access credit at a reasonable rate. You don’t have a network of angel investors because you don’t have Stanford on your resume. And while you hustle hard, there are some pattern-recognition biases among the investors that are willing to meet you for coffee. Lastly, and maybe most importantly of all, you don’t have personal savings to fall back on. And your family are probably putting a lot of pressure on you to take the job at Google that pays $150K per year, rather than risking everything on your quixotic startup idea. I’m not saying it’s impossible for you to make it work. The very very best founders can. But I’m just saying it’s really really hard. Unreasonably hard. Too hard.

Now imagine you’re me. A tall, straight, white guy that went to Cambridge. No trust fund unfortunately. But a financially prudent accountant of a dad and doctor of a mum who helped get you on the property ladder in SF in the aftermath of the Great Recession. I know a lot of pretty rich people that I could probably go to if I needed to raise a seed round. My credit score is great. I’m second-degree LinkedIn-connected to most angels in Silicon Valley. And I have personal savings to fall back on. It’s a lot easier for me to raise the capital I need to start my company. It’s a lot easier for me to start the company, period.

At Wefunder, we want to level the playing field a little, and make it easier for you (the Latina founder) to start your startup, and raise the capital you need to grow it.

Historic investment capital gatekeepers (banks, VCs) are George III. They’re taxation without representation. The lack of representation is apparent — most VCs look like me. And invest in people that look like me. The taxation refers to both the lack of investment in founders of color, women, entrepreneurs in the heartland of America, etc. But also the fact that valuations are depressed because investors have oligopsonistic buying power when the one angel group is the only game in town. The 300K Wefunder investors are America. They can look like the Latina founder they’re funding. They’re democracy. They represent.

(Side note: this is an overly simplistic and confrontational framing, but it helps illustrate the point about Wefunder’s contribution to the revolution. We’re not anti-VC or anti-bank at Wefunder. We just believe, like our friends at Zebras Unite, that alternative ways for entrepreneurs to raise capital are needed).

But the revolution in investing doesn’t just have benefits for historically under-capitalized founders. It also creates opportunities for investors too. When George III taxed the colonists, England’s wealth continued to expand on the back of Americans’ endeavors. And the colonists were held back. While the only people that could invest in the explosive wealth created by startups were millionaires and billionaires, this was another factor contributing to the growing concentration of wealth in America. But now ordinary people can invest in founders they believe in, and startups they love, and so hence participate in these dynamic opportunities for wealth creation. Most of Microsoft’s market cap today was realized after it went public. But in recent years, more and more market cap is being created before the IPO. Jason Calacanis invested $25K in Uber, and made $125M in its IPO. That’s a 5000x return. He was already a millionaire. Now he’s a hundred-millionaire. Imagine if that $25K had been spread around 125 ordinary people investing $200 each on Wefunder. That would have created 125 new millionaires. That would have been cool.

So by enabling ordinary people — black women in Baltimore, Latinas in Puerto Rico — to invest in more founders that look like them. By making it easier for these founders to level the playing field, access capital and start companies. And by enabling these ordinary-people investors to participate in the wealth creation that these companies will catalyze, the investing world is Hamilton, and Wefunder is America.

Revolutions are messy, long-drawn out. They’re processes that evolve over decades. There are reversals, casualties along the way, compromises. 1776 was the passage of the JOBS Act. Actually 1776 was May 16, 2016, when the SEC rolled out the regulations for Title III. The JOBS Act 3.0 will be the Battle of Saratoga. Yorktown will be the first big Reg CF 5000x IPO. Vive la revolution. Let’s turn the world of investing upside down.

A Rise And Shine In Summer Time Investments

An analysis of how online private market investments trend during… ...

Are startup valuations rising? This Chart of the Week examines… ...