Where to Find Regulation A+ Raises - Chart of the Week - KingsCrowd Skip to content
Become an owner of KingsCrowd.
Invest Today!

Where to Find Regulation A+ Raises – Chart of the Week

With the massive growth Regulation Crowdfunding (Reg CF) has seen over the past few years, it can be easy to forget that other regulation types exist within the online private markets. So let’s change that by looking at Regulation A+ raises this week. As a reminder, Regulation A+ is an offering type that allows private companies to raise up to $20 million in a Tier 1 offering, or $75 million in a Tier 2 offering over the course of a year from both non-accredited and accredited investors. 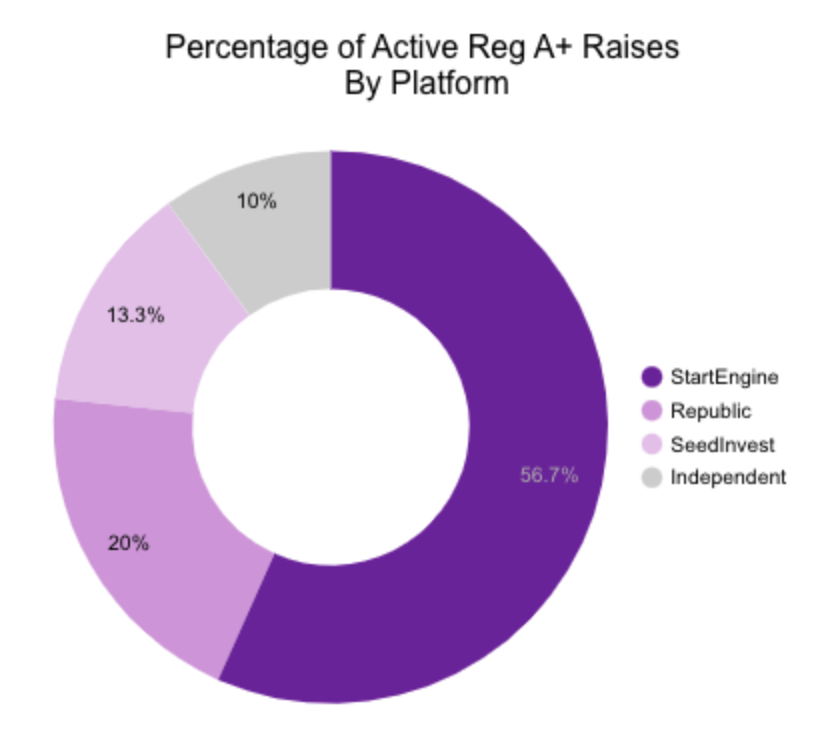 For today’s chart, we examined where the current Regulation A+ raises can be found. Of the active companies, over half are listed on StartEngine. Republic comes in next with 20%, and just over 13% are on SeedInvest. We have found that Regulation A+ raises tend to be concentrated on these three platforms, though this data only takes into account live campaigns.

Chris Lustrino welcomes Emily Cisek to talk about how her… ...