Are the Valuations of Startups Increasing? - KingsCrowd Skip to content
Become an owner of KingsCrowd.
Invest Today!

The valuation of a startup is undeniably crucial in evaluating it as an investment opportunity. Valuations can be viewed as self-made assessments where companies indicate how much they think they are worth. And recently, startup valuations have been on the rise. This increase has sparked a conversation, because it isn’t always clear that higher valuations are justified. Union Square Ventures co-founder Fred Wilson thinks that people are overly focused on valuation, encouraging founders to claim higher and higher amounts.

But what about startups in the online private markets? These companies aren’t competing for attention from a limited pool of venture capitalists. Are they also participating in the increased valuation trend? In March, we looked at the average company valuation by platform in 2020.  Today’s Chart of the Week breaks down the number of Regulation Crowdfunding equity deals by valuation range in Q1 2021 (January 1st – April 30th). To keep things simple, we focused on the top five funding platforms based on funding volume, which are Wefunder, StartEngine, Republic, Netcapital, SeedInvest. 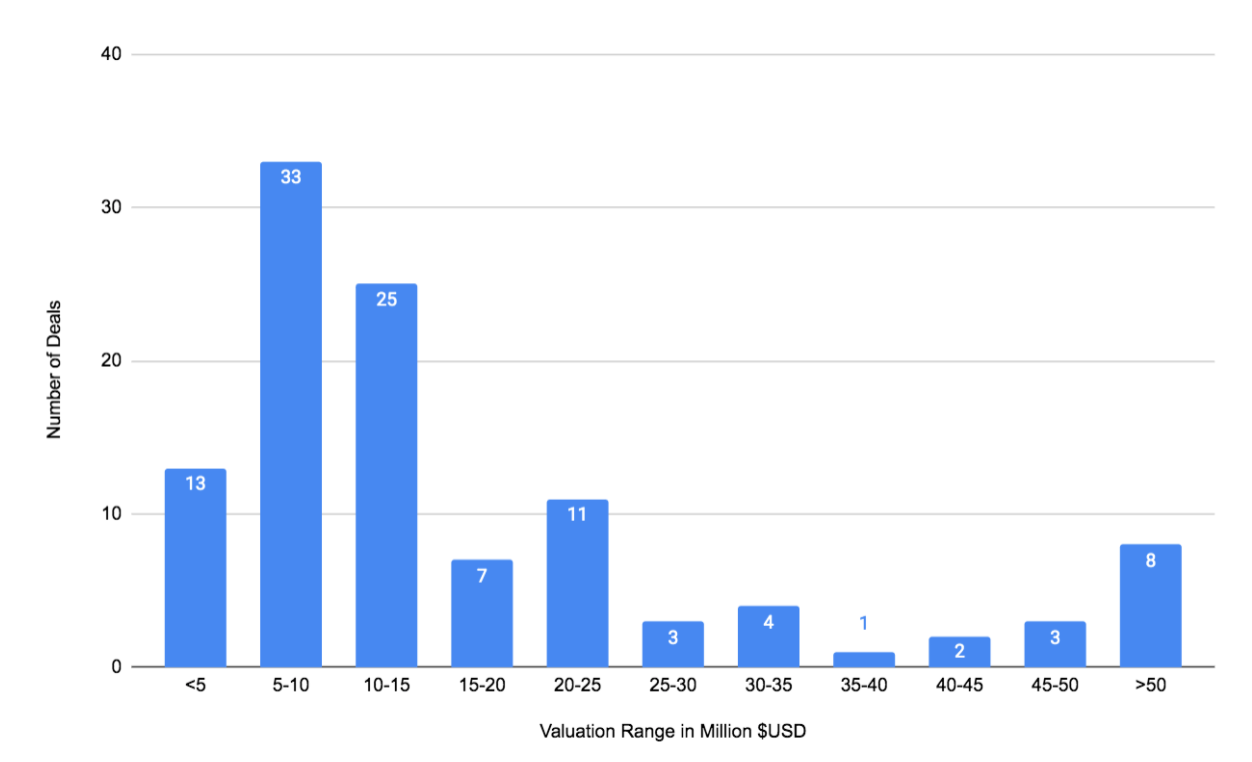 More than 30 startups had valuations between $5-to-$10 million, making it the largest range. This was followed closely with 25 startups valued between $10-to-$15 million. Including the companies with valuations of less $5 million, more than half of the 110 startups from Q1 2021 were valued at $15 million or less. Overall, these numbers look appropriate considering that the majority of these startups are still in the pre-seed and seed stage.

However, there is a surprising number of companies with valuations in the range of $20 million to more than $50 million — 32 in total. This valuation range is most often associated with companies that are in the Series A, Series B, or Series C stage. Those kinds of startups are rarely seen using Regulation Crowdfunding. While this large figure could be indicative of the rising valuation trend, it could also indicate that crowdfunding is being seen as a viable source of funding for more than just very early stage startups.

Chris Lustrino and Nathan Beckord, founder and CEO of Foundersuite,… ...

Here’s a Q&A session all about the KingsCrowd Capital Fund… ...

The IMF revised its predictions for the global economy, Stripe… ...